Einstein's plea for aiding Jewish refugees to be auctioned

By 1950s, the Council had helped more than 3,000 refugees secure jobs and live healthy, productive lives, the auction house said. 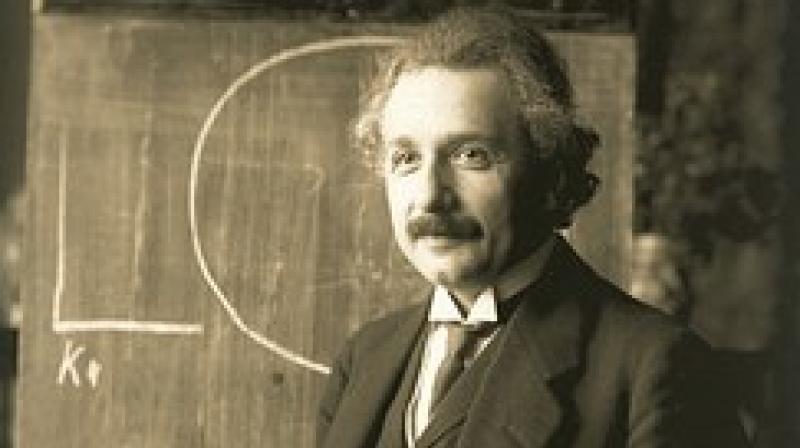 A letter written and signed by German scientist Albert Einstein - asking a wealthy businessman to donate his money to aid Jewish intellectuals who were fleeing from Hitler's regime in Germany - is up for auction in the US and may fetch up to USD 10,000.

As German dictator Adolf Hitler's anti-Jewish regulations and segregatory laws forced thousands out of their jobs and thus, out of their country, the international community saw an influx of well-educated immigrants, trained in a variety of distinguished jobs in civil service, university and legal positions, and scientific research fields.

Countless organisations were founded to help integrate these highly valuable new citizens upon their arrival, an integral part of the Allied effort.

Einstein, the most notable Jewish scientist to rebuild his life in America, worked on behalf of dozens of such organisations, including the American Council for Emigres in the Professions.

In a stamped personal letterhead dated April 3, 1951, Einstein wrote to Joseph Halle Schaffner - a wealthy director of the clothing manufacturer Hart, Schaffner & Marx, who was looking for of a worthy cause to which he could donate, according to the RR Auctions.

"It is well known that the refugee intellectuals of the Hitler persecution have nearly all found opportunity for work in this country," Einstein wrote.

"However, many of them were already middle-aged when they arrived and there are emergency cases produced by illness and old age which constitute a permanent worry for those of us who are in a more favourable position," he wrote.

"It may be known to you that there exists a Committee in Aid of Displaced Foreign Scholars, headed by Mrs Else Staudinger, which has successfully tried to mitigate this situation," he added.

Founded by dean of the New School for Social Research, Hans Staudinger, and his wife Elsa, the Council was established specifically to support scientists and intellectuals, moving beyond simple job placement to handle ongoing needs, including medical attention.

"I believe there could be no more satisfactory use for the money than to give it in the form of a private foundation to this organisation with the proviso that the funds should be used for such emergency cases of old age and illness," Einstein wrote.

"If you should decide according to this suggestion you would produce something good and worthwhile and earn the gratitude of all concerned," he added.

By the end of the 1950s, the Council had helped more than 3,000 refugees secure jobs and live healthy, productive lives, the online auction house said.