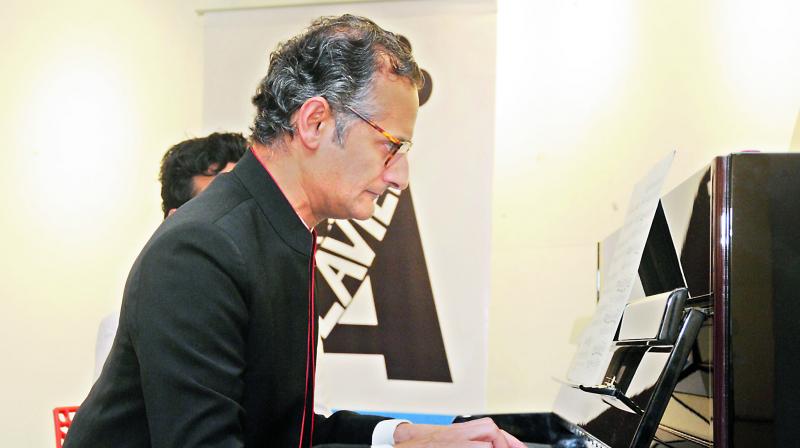 The event, held at Alliance Française of Hyderabad, had international pianist Karl Lutchmayer performing as the guest artiste for the occasion. Also performing at the event was Hyderabad-based performer and teacher Hema Gulati-Chandra. Hema — a singer who also plays western classical music on piano, guitar and flute — has been a Hyderabad-resident since 1993. “I have been into music since my childhood. I remember my mother telling me that I began singing much before I started talking,” says the UK-born Hema with a chuckle.

A classical interest
Interestingly, Hema had formed an Indi-Pop band called “Golden Eagles”, which toured many cities in the United Kingdom, presenting Bollywood and fusion music.

Talking of western classical music, Hyderabad has seen a huge growth in terms of performances and training in the genre. In fact, Hema also agrees that the city is witnessing performances by increasing number of performers renowned the world over.

Incidentally, Hema has also taught music lessons to many prominent people from the city, including actor Vijay Deverakonda and actress Poonam Kaur, who took voice training classes with her. She has also taught flute recital to well-known filmmaker and director Nagesh Kukunoor for a short while.

The discipline of music
Hema believes that singing, no matter what genre, improves the voice of an individual. But according to her, a disciplined learning of the basics of classical music is imperative. She then tells us about how Mozart’s music itself has been researched and known to impact kids, adults and foetuses in wombs.