When we are connected with someone, they become a part of our life and us a part of their life that is connection. 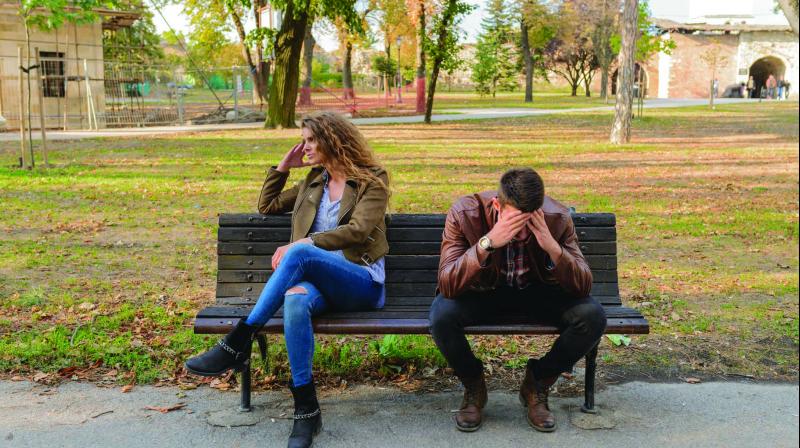 Detachment and letting go is an art best learnt as early in life as possible. This week I’ve lost a family member and I found my detachment to him a great asset to how I dealt with the entire situation.

Detachment and letting go is an art best learnt as early in life as possible. This week I’ve lost a family member and I found my detachment to him a great asset to how I dealt with the entire situation. It did not make me indifferent or unfeeling, quite the contrary. Infact my composure made me more compassionate and useful. There is a huge difference between detachment and insensitivity. My detachment made me more efficacious, efficient and effective. Insensitivity is about being uncaring and detachment is about not being attached and emotional or reactionary. You can be caring without being unnecessarily and sentimentally clinging to a person.

In this case of me having lost someone, the beauty of letting go is that one presumes the person who is leaving the flesh might also be liberated and in a happier place. At least that's what we are told by the wiser and elder people of most faiths?

I found I was doing all that was required of me with much more alertness than if I had been miserable, crying and attached. It was a liberating and light feeling this detachment, one that I am keen to cultivate in more relationships and aspects of my life concertedly after experiencing it firsthand.

Like most of us, I am fond of the people close to me and even just the thought of a longish holiday away from those we love is painful, but most religions also preach detachment. Easier spoken than done. I know. But I believe life is a long learning in most things, and so also detachment. As we grow up and grow on in years we learn to give up so much and whether we like it or not we need to work on ourselves in the journey of evolvement on the key aspect of letting go and letting God.

Conversely, being attached does not allow clarity of vision and blurs the bigger picture not only in relationships but also at work. It impairs a clarity of deliberation and action, that special ability to ideate in an inspired way and act with precision gets absolutely marred. You become emotional and subjective.

Both Hinduism and Buddhism propound detachment as a sign of great spiritual evolvement and attachment as dependency and a byproduct of material life. Spiritual enhancement all over the world is about letting go and allowing yourself to grow out of clinging.

In handling relationships, I too uphold detachment as the key element of maturity. I find experience, age and wisdom bring with them the ability to be less focused and hyper clingy to our object of love. Don't get me wrong, I'm not telling you to love less, or be less caring, after all love comes with attachment you might ask? Love by all means, but love infused with some space allows you to go with the flow, be less controlling and even less controlled, and also gives you the ability to be more objective in your attitude. I've experienced that great love can also come with less obsession and greater objectivity, which is sign of mental and emotional development.

Being occupied with your own life pursuits, being involved with other occupations than the object of your love augments detachment and so also strength and space. This brings some detachment and 'air' into a relationship sans insecurities, fears and obsession, letting in some fresh air, metaphorically speaking. It means you are allowing the relationship to have greater resilience and longevity from a place of buoyancy and hardiness as opposed to a place of dependencies and vulnerabilities.

The writer is a columnist, designer and brand consultant. Mail her at  nishajamvwal@gmail.com