Set up in 1806, the 80-feet high colonial building is the oldest branch of the SBI, and one of the largest in the country even today. 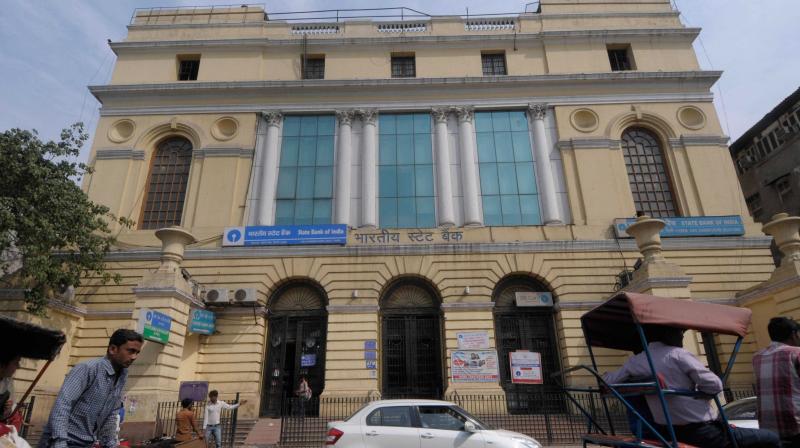 New Delhi: The majestic four-storey building of the State Bank of India (SBI) in Chandni Chowk is extremely valuable and has multiple layers of history. The building bears witness to Delhi’s history dating back from the end of the Mughal dynasty to the massacre of 1857 mutiny and later to the new era of independent India.

Set up in 1806, the 80-feet high colonial building is the oldest branch of the SBI, and one of the largest in the country even today. It is architecturally one of the most significant 19th century buildings in Chandni Chowk.

The branch was declared a heritage building in the year 2002. However, this treasure trove is slowly being forgotten by its own people. The untold and unseen part of this heritage and the legacy of Indian history is unique. 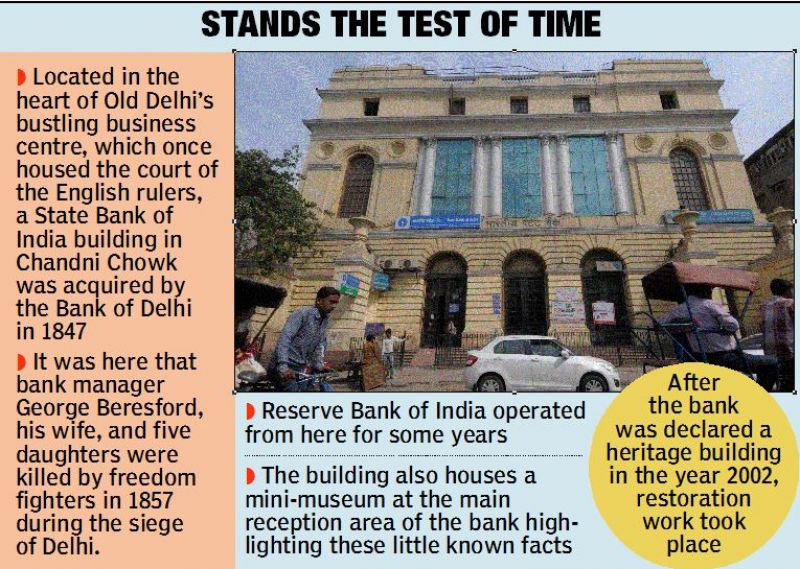 The building also houses a mini-museum at the main reception area of the bank highlighting these little known facts. Located in the heart of Old Delhi’s bustling business centre, which once housed the court of the English rulers, the building was acquired by the Bank of Delhi in 1847. It was here that bank manager George Beresford, his wife, and five daughters were killed by freedom fighters in 1857 during the siege of Delhi. The Imperial Bank of India, the predecessor of SBI, later acquired this imposing building. The Reserve Bank of India (RBI) operated from here for some years. The memories of their burning the soiled and mutilated notes are ensconced in the incinerator and its chimney. The marks are still visible in the courtyard.

The bank was owned by a Brit, Dyce Sombre, and other stakeholders comprising of native businessmen. It was housed in this stately building in the year 1857. It was, however, reduced to a derelict during the Anglo-Indian War of 1857.

“Some of the Britons, found hiding in the city, were held captive within the palace and were killed on May 16, 1857, regardless of the protests for such a barbaric act by the Emperor himself. On May 16, about noon, the then Bank of Delhi was attacked and plundered. All its chief servants, after resistance, were massacred. Mr Beresford, the manager of the Delhi Bank, took refuge with his wife and family on the roof of one of the outbuilding. And there, for some time, they stood at bay, he with a sword in his hand, ready to strike. But despite fierce resistance from Beresford and his wife, they were both killed along with five others. They are buried in the St James Church and a plaque has been put up in their memory,” wrote some historians in their books.

After the bank was declared a heritage building in the year 2002, restoration work took place. The sandstone on the plinth had faded, sandstone steps had been replaced with cement; the original iron railings were replaced; lime plaster was done up with cement plaster, thereby altering the character and also setting off a deterioration process in the brickwork; and the classical elements of the upper verandah had been hidden behind concrete screens. The banking hall was also restored. The idea was to restore the building’s historical character and adapt the interiors to meet new needs. During restoration, lime plaster was returned to the facade as well as the red sandstone steps were reconstructed. Wrought iron railings replaced the existing railings and wooden windows replaced the concrete screens.