THE ASIAN AGE. | B ARAVINDA SHETTY 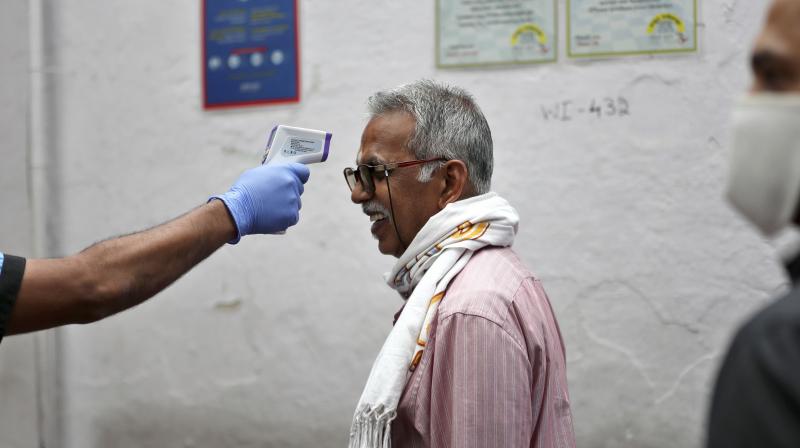 An elderly Indian reacts as a staff member checks his body temperature before allowing him into an eatery in Bengaluru. AP Photo

Bengaluru: The deputy commissioners, superntendents of police and CEOs of seven districts of Karnataka government conferred with chief minister B S Yediyurappa and narrated a common tale of woe: they are unable to contain the spread of the Covid-19 pandemic due to migration of people from Maharashtra, those coming from Mumbai and Pune.

There has been a huge increase in the number of Covid positive cases in Kalburgi, Vijayapura, Yadgir, Bidar, Raichuru, Belagavi and Udupi districts in Karnataka ever since movement of migrants was allowed.

What made the contagion worse was that the Karnataka government cut short the 14-day institutional quarantine mandatory for the migrants to seven days.

The deputy commissioners of the seven districts requested the chief minister to restore the 14-day quarantine for people coming from  Maharashtra.

The officers also told the chief minister that there is a lot of opposition from local people to setting up of quarantine centres in their localities.

The chief minister instructed the officers to take extra precautions to control the virus,  especially in Udupi and Raichuru districts. In Udupi district alone 200 positive cases were reported on Tuesday.