The Indian Parliament had on August 5 abrogated Article 370, which gave Jammu and Kashmir special status, and 35(A) of the Constitution. 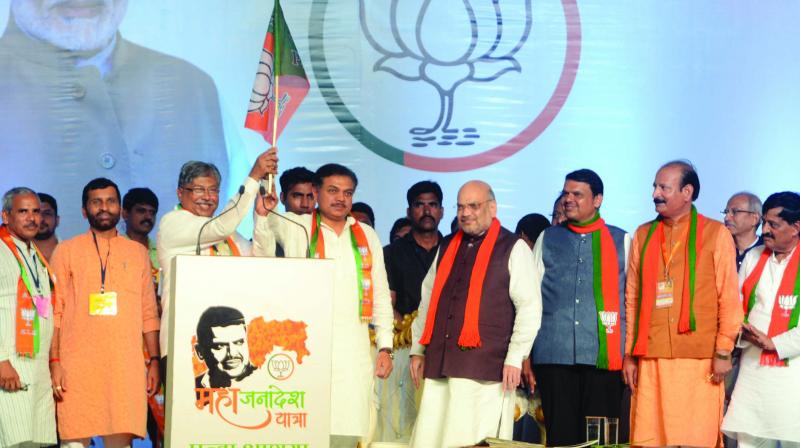 Solapur: Bharatiya Janata Party (BJP) president and Union home minister Amit Shah on Sunday challenged the Opposition to contest the upcoming Assembly election over the abrogation of Articles 370 and 35 (A) of the Constitution.

The Indian Parliament had on August 5 abrogated Article 370, which gave Jammu and Kashmir special status, and 35(A) of the Constitution.

However, the regional parties in Kashmir — National Conference and People’s Democratic Party (PDP) — and the Congress had called the move as ‘aggression against the people’.

“Kashmir has now been made an integral part of India. We have opened the doors for the development of the Kashmir,” he claimed.

Training his guns on Pakistan, the home minister said the decision to scrap Article 370 has foiled Islamabad’s nefarious plans to create tensions in the Valley.

“No PM had dared to remove the Article from Jammu and Kashmir. Only our Prime Minister dared to do so,” the Union home minister said.

Reiterating that the situation remains peaceful in the state, Mr Shah claimed that not a single bullet has been fired so far.

“Rahul’s statment is being used by Pakistan to target India. I want to ask him, Rahul ji, are you speaking for which country,” he said.

The BJP chief also took pot shots at the Opposition, taunting that if the party really opens its door for Congress-NCP leaders, both parties will be left with just Mr Pawar and Prithviraj Chavan — both former chief ministers.