Officials now suspect whale died upon being hit by ship. 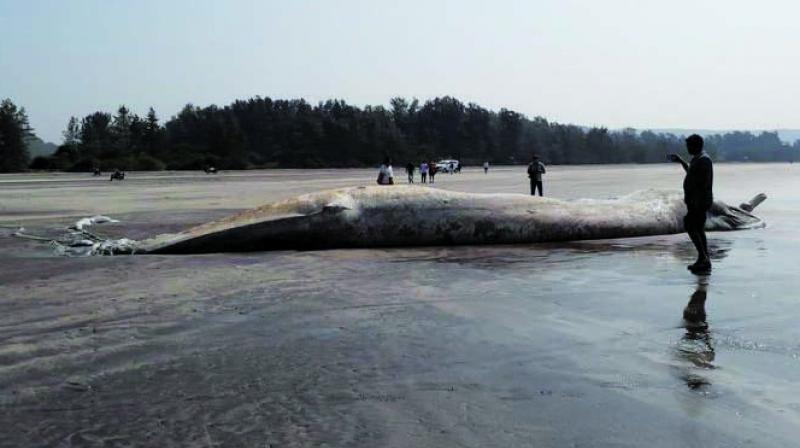 Mumbai: The carcass of a Bryde’s whale washed ashore Murud beach in Ratnagiri Wednesday, in the first major beaching incident this year.

The 57-foot carcass is said to be one of the longest to have beached on the Maharashtra coast, according to forest officials.

While the cause of the mammal’s death has not been ascertained, forest officials suspect that the whale could have died upon being hit by a ship a few days ago.

Whales of the Bryde family are found in the tropical and temperate climate. The Bryde’s whale is endangered and is listed as data deficient (not enough data is available on them) in the International Union for the Convention of Nature.

The carcass of the whale was crucially decomposed, due to which the forest department buried the mammal at the beach by evening.

“The whale could have died almost two weeks ago, based on the carcass that was at a crucial state of decomposition. It was decaying and its abdomen was found empty, which could mean that the whale was also starving for a long time,” said an official from the state mangrove cell.

As per the estimates of forest officials, the whale weighed around five tonnes.

The forest department also collected samples from the tissue of the carcass, which will be tested in the forensic laboratory at Kalina.

“We could not open the carcass of the whale owing to health hazards. As such, post-mortem of the animal was ruled out. There were many people gathered on the beach to take a look at the whale,” said the official. This is the longest whale that has washed ashore Maharashtra in the last five years, after the carcass of a 40-foot whale was found on a beach in Uran in 2018.