However it did not go well with some Twitterati who trolled her aggressively and called her wannabe of Greta Thunberg. 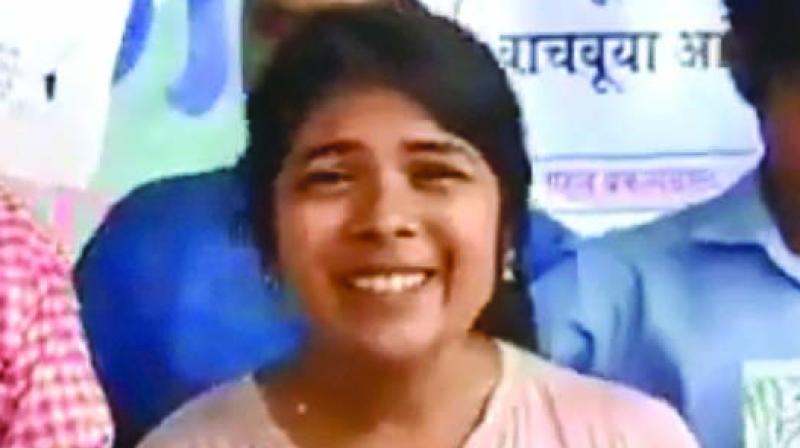 Mumbai: Amid the protests to save Aarey, youngsters held a hunger strike at Azad Maidan against the proposed car shed in Aarey. An 18-year-old Yutika Baar, who has been on hunger strike since Saturday morning, pleaded in a video to save Aarey’s greenery for future generations. However, she had to bear the brunt of trolls who targeted her on Twitter for opposing the metro.

In the video posted on Twitter, while requesting to save the last patch of greenery in from being destroyed, Yutika can be seen saying, “Our future generations also deserves to see green lands, breathe fresh air and live in a healthy environment. I came here for my younger sister, so when she attains my age she doesn’t ask me why didn’t you stop it when you had the power to do so.”

However it did not go well with some Twitterati who trolled her aggressively and called her wannabe of Greta Thunberg. “Plant more trees instead of wasting time in the hunger strike and agitation — sponsored hypocrites. Mandir bhi wahi banayenge aur metro car shed will also happen in Aarey,” read a Twitter handle.

Another tweet said, “Good. If she dies, people will be more wary of waving kids around like flags during such protests. Lol, who am I kidding? Hindus have no spine or balls; they’ll cow over the minute the brat gets a cough,” read another tweet.

Tanmay Shinde, a college student, who shared the video, said that he has also been trolled with hateful tweets. “It is shocking that such people exists who wish that a young girl should die for saving the environment. She is not against metro but against car shed at Aarey. Some people are insecure that Aarey movement is gaining momentum and trying to vilify citizens,” he said.

“I have been reading and hearing about this issue since 10th standard and wanted to contribute to this cause. I don’t care about the trolls who are venting out their frustration online or bringing religion in between,” said Yutika.