The goal of social distancing is a hugely unfulfilled aspiration 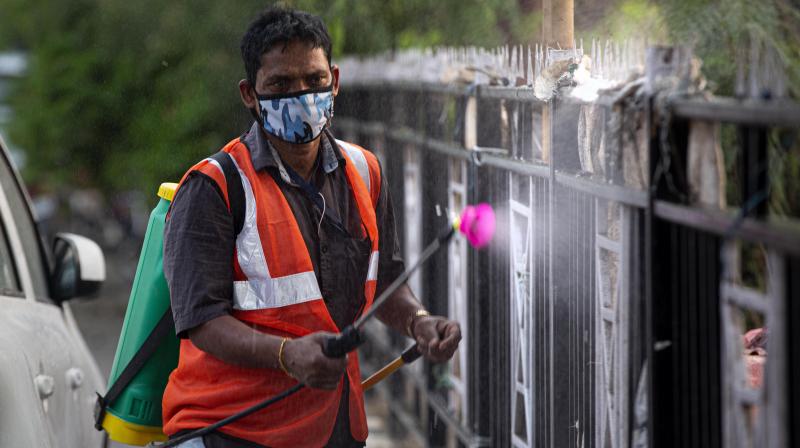 It has been three weeks since the World Health Organisation declared a Covid-19 pandemic. It’s not the world’s first coronavirus. We have had Sars, Mers, H1N1, swine flu and the like, some with much higher rates of fatality. But this is unique in its sweeping virulence. America’s Centres for Disease Control (CDC) says the annual percentage of the US population infected with the flu is about eight per cent, which translates to 26 million people a year. Of these, the CDC estimates up to 60,000 persons die. It stands to reason that many more in India get afflicted by flus and influenzas each year, possibly with larger fatalities.

Given this knowledge and some very recent hindsight, it’s time to sit back and objectively reconsider the draconian policy measures unleashed in India. The four hours to midnight order for a nationwide “curfew” to enforce social distancing has caught our public and administration woefully unprepared. The consequences of Covid-19 to the Indian economy and consequent loss of lives and longevity seems likely to exceed the loss due to any mass spread of the virus.

Epidemiological studies by several well-regarded institutions like MIT and the Global Virus Network (GVN) seem to suggest that this particular coronavirus is endemic in populated areas falling in the temperature band of 3-17C with a humidity between 51-79 per cent. These findings suggesting a correlation between latitude and incidence have the powerful endorsement of Dr Robert Gallo, famed virologist and GVN head.

Mind you, it’s been just a few months that Covid-19 jumped species by finding a home in human beings. Covid-19’s natural reservoir seems to be bats, like the earlier coronaviruses Sars and Mers. But the fact remains the spread of Covid-19 has been faster in areas with colder climes.

The essential facts about Covid-19 is that while it is virulent, its fatality is around one per cent, and this is principally concentrated among the elderly and already ailing. Its symptoms are mostly akin to common seasonal flus often attributed to a change of season, etc. Covid-19 can only be confirmed by testing and the cheapest test costs about Rs 5,000 each. Clearly, we cannot afford to test enough, which means we won’t ever know how many are truly afflicted by the virus.

The average life expectancy of Indians is 68.7 years. The above-65 years cohort accounts for only about six per cent of India, which suggests that the incidence of fatality here will be lower. Bubonic plague has a mortality of over 80 per cent, while even diphtheria has a mortality rate of 32 per cent. Covid-19 is not a killer virus. In developed countries like the United States, Italy and elsewhere with substantially higher life expectancy, the 70-plus cohorts are much bigger. The mortality rate has been the highest in Italy, with about nine per cent. Almost 86 per cent of Italians who died were over 70. Italy has the second oldest population in the world after Japan, with over 23 per cent over 65. Experts believe this was the determining factor in its high fatality rate.

The goal of social distancing is a hugely unfulfilled aspiration. The poor in India live cheek by jowl, with densities often exceeding 60,000 per square mile. India has over 410 million workers in the unorganised sector, the vast majority of whom are daily wagers making a little more than the prescribed official wage and often much below that. This working age cohort is mostly made up of younger Indians. The youthful age group (14-35 years) accounts for about 34 per cent of India’s population.

This cohort is about as much as the 35-65 years cohorts. Thus, even if the pandemic is real for India, the fatality due to it will be very low. The vast majority of Indians who might get infected by Covid-19 won’t even know it.

Now assume that the Covid-19 pandemic will overwhelm India, and consider India’s abysmal healthcare scene. We have six physicians; nine hospital beds and 13 nurses per 10,000 people.  Nationwide, we have less than 40,000 ventilators and only 70,000 intensive care beds. This calls for a policy that will help stagger the load and allow immunity to build up without overwhelming the critical care system.

Harvard’s Yonatan Grad, professor of immunology and infectious diseases, and colleagues conducted research on how to prevent overwhelming the US healthcare system during the pandemic.  This indicates the only possible method for dealing with the epidemic may be multiple “intermittent” social-distancing periods that ease up when cases fall to a certain level, and reimposed when they rise past a key threshold. As time passes, and more of the population gains immunity, they said, the restrictive episodes may be shorter, with longer intervals between them. Clearly, the nationwide simultaneous social distancing norms’ imposition was ill-conceived.

The IMF has now announced a global recession due to disrupted supply chains and contraction of consumption. In India, consumption (C) accounts for 63 per cent of GDP. Given GDP is = C + I + G + (X – M), or GDP = private consumption (C) + gross investment (I)+ government investment + government spending (G) + (exports – imports), the impact of the collapse of private consumption in the economy can be easily understood. Many respected analysts are agreed that it will be no less than 20-30 per cent in Q1. The government pledged to step up its spending by Rs 1.7 lakh crores. We won’t go into how this was arrived at now, but just consider how inadequate it is compared to the hit taken by consumption. The government clearly needs to do more. It needs to pull out all the stops to do this.

The question is: where is the money? Even if it sequestered 20 per cent of the cash reserves with our 100 top corporations, it will be substantial. The top 10 corporations alone have a hoard of over Rs 10 lakh crores. (Reliance has cash reserves of Rs 398,000 crores. TCS has almost Rs 100,000 crores, ITC has Rs 60,000 crores.) Our government’s wage and pensions bill accounts for 11.4 per cent of GDP. Holding back only 10 per cent of this, or just the annual LTC, will fetch the Central and state governments over Rs 2 lakh crores. It only calls for will and vision to accumulate the cash to begin reconstruction of a devastated economy. The pain cannot and must not be borne by the poorest alone. Prime Minister Narendra Modi has formidable communication skills, and he must use it now.