Apparently, the traffic earnings of the railways dropped by 58 per cent at the end of May as compared to the corresponding period last year 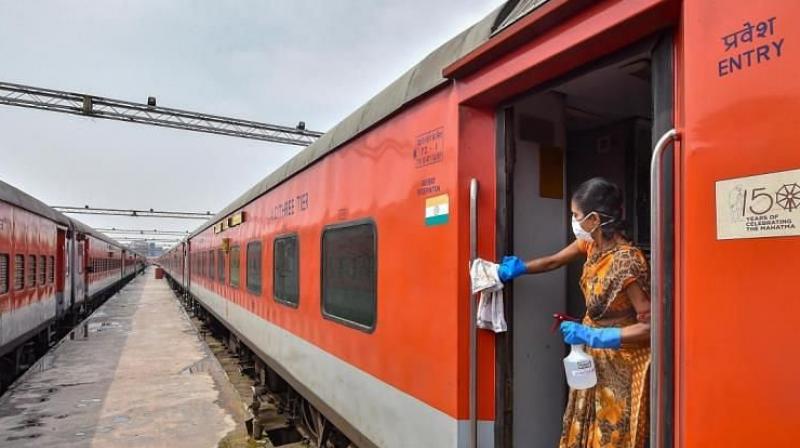 Its earnings seriously dented by the Covid-19 pandemic, the Railways have announced a series of austerity measures.

These range from a freeze on creation of new posts, rationalisation of manpower at workshops, shifting outsources work to CSR and moving ceremonial events to digital platforms to cutting down on the use of stationary by half.

According to sources, the financial commissioner of the Railways recently wrote to general managers of all zones on this. Apparently, the traffic earnings of the railways dropped by 58 per cent at the end of May as compared to the corresponding period last year.

Under the austerity drive, the zones have been asked to control expenditure by reducing staff cost and rationalizing their tasks, review contracts, reduce energy consumption and cut administrative and other costs.

The financial commissioner has also recommended that all work be transferred to the digital space and all correspondence be done through secure emails.

In an earlier column (June 10) I had reported that senior IPS officer and director of Telangana State Academy Vinoy Kumar Singh was ‘unhappy’ and had threatened to resign from the service. He has kept his word. Mr Singh has put in his papers. In a letter to the Union home secretary, Mr Singh said that he does not want to be a “burden on the government”.

According to sources, in his letter, Mr Singh said he was seeking premature retirement from the service effective from October 2, the birth anniversary of Mahatma Gandhi.

Those in the know say that Mr Singh’s exit was expected ever since he was overlooked for promotion as director general of police (DGP), although he was eligible. Earlier in May, in a letter to the state chief secretary Somesh Kumar, Mr Singh had reportedly complained that though he was empanelled for the post of DGP three months ago, the government had still not taken up the matter of his promotion.

IPS officers of 1989 batch of many states, including Andhra Pradesh, were promoted long back.

He has reportedly said that after retirement, he would like to work for reforms among the people of Telangana. Seems like he’s hinting at a new career.

In the aftermath of the alleged custodial deaths of P. Jeyaraj and his son J. Bennix at Thoothukudi in Tamil Nadu, the Madras high court passed an unprecedented order directing the district collector to depute revenue officials to take control of the Sathankulam police station, where the incident happened.

The deaths had shocked the nation once the details of torture and police brutality came to light.

Apparently, this is the first time since the Indian Police Act came into existence in 1861 that a court has ordered for a police station to be taken over by revenue officials.

The Tamil Nadu government has ordered a CBI inquiry into the deaths of Jeyaraj and his son following a public outcry. Other steps are being taken. The Tiruchy range DIG V. Balakrishnan has reportedly released 80 cops with anger issues from duty and asked them to undergo behavioural therapy for one month.

This coincides with a major reshuffle involving 39 senior IPS officers. But the state’s cops can’t live down this disgraceful behaviour easily.