The state was also exempted from all the laws of the land, unless specifically adopted by its own Legislative Assembly 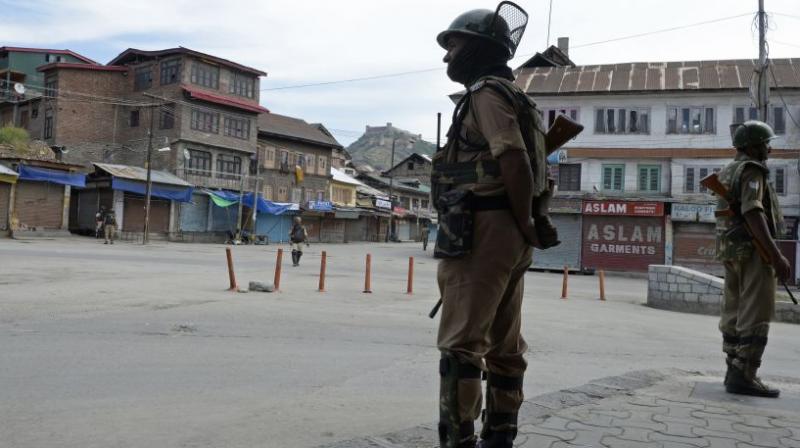 The region, traditionally home to Muslims, Hindus and Buddhists, had been an abode of multiculturism, tranquility and harmony, thanks to its culture of “Kashmiriyat” (secularism, amity and brotherhood).

Alas, that idyllic way of life was rudely disturbed by external inimical elements in October 1947 itself, within weeks of India’s Independence. The UN commission hammered out a ceasefire agreement in August 1948, but without restoring the status quo ante.

At the behest of Sheikh Abdullah, a friend of Prime Minister Jawaharlal Nehru, Article 370 was introduced in the Indian Constitution, temporarily according a special status to Jammu and Kashmir.

In retrospect, this act of appeasement, that too on religious and political considerations, widened the emotional chasm between Kashmiris and other Indian citizens, besides preventing a seamless integration of J&K with India.

To compound the folly, Article 35A was inserted by a presidential order in May 1954, barring Indians living outside J&K, from buying immovable property, applying for state government jobs or seeking permanent residency in the state. Such privileges were reserved only for J&K’s so-called permanent residents, otherwise called “state subjects”.

In the process a short shrift was given to the foundational and fundamental right to equality enshrined in the Indian Constitution. The state was also exempted from all the laws of the land, unless specifically adopted by its own Legislative Assembly.

Before long it became evident that these special provisions were damaging the national fabric. Kashmiri Muslims, in particular, began shunning their Indian identity. Vested interest groups gradually sprung up across the spectrum, to accentuate the divide for political and monetary gains.

They unabashedly played the religious card to further their purpose, thereby also tempting external forces to fish in troubled waters.

Articles 370 and 35A started acquiring a façade of permanence. Though elections were held regularly in J&K and the electorate spoke its mind; peace, progress and stability eluded the state due to the machinations of disruptive forces, corruption and nepotism.

While the miniscule elite lined its pockets, the ordinary people of J&K, especially women and the under-privileged, faced discrimination and suffering. They lost out on socio-economic empowerment initiatives becoming available to the rest of their countrymen.

Ending almost seven decades of injustice due to political dithering, on August 5, 2019, the NDA government led by Prime Minister Narendra Modi made bold to accord similar rights, benefits and duties on the residents of J&K, as available to all other citizens in India. The offending “temporary” provisions under Articles 370 and 35A were removed.

The separatists and the state’s political elite were stunned. To deter them from creating any kind of mischief, some short-term restrictions were imposed, most of which have since been lifted.

Barring the usual suspects, the global community recognised that the full integration of J&K with the Indian Union, in consonance with its Constitution, was an internal matter of India.

Ahmad Al Banna, the UAE’s ambassador to India, voiced the expectation that “the changes will improve social justice and security and confidence of the people in local governance and will encourage further stability and peace”.

The historical move ushered in “a new dawn in the region”. It was decided to create two Union territories -- namely J&K and Ladakh. J&K would have its full statehood restored at the earliest.

A blueprint to provide gainful employment, promote tourism and establish quality infrastructure, centres of educational excellence like IITs and IIMs, as well as top grade medical and sports facilities was unveiled. Ladakh is to become a solar powerhouse and play a crucial role in the International Solar Alliance.

“Promises are never kept” … did you say? Why not examine the actual implementation during the preceding 12 months. For the first time, the J&K government has launched an accelerated recruitment drive.  Some 10,000 vacancies are being filled and 25,000 more are in the pipeline.

Thousands of additional employment opportunities are being generated through power and infrastructure projects, especially under the Prime Minister’s Development Programme (PMDP). Of the 6,000 jobs earmarked exclusively for Kashmiri migrants, nearly 4,000 have already been filled.

Under the PMDP, 54 and nine projects have been allocated to J&K and Ladakh respectively. The pace of work has picked up dramatically. Seventeen projects have already been fully or substantially completed.

The rest including the construction of highways, bridges and flyovers, transmission lines, hospitals and educational institutions, and hydro power generation projects are being fast-tracked. Kashmir is to be connected with the rest of India, by rail, by December 2022.

Every effort is being made to strengthen grassroots democracy to empower panchayats, in particular. Implementation of the Centre’s welfare schemes like MGNREGA, Swachchh Bharat Mission and the mid-day meals have been entrusted to them.

A commendable “Back to Village” programme has been initiated, under which a gazetted officer actually stays for two days in every village, to take stock of implementation, review constraints and receive feedback.

Particular attention is being given to empower the underprivileged. Welfare schemes like Ujjwala, Ujala (100 per cent electrification achieved), income support to poor farmers, placement linked vocational training, scholarships, etc are being provided.

Since becoming an UT, Ladakh's socio-economic, educational and development needs are getting utmost priority. Steps have been initiated to prepare a vision document titled “Ladakh 2050”.

In sum, the government’s farsighted decision on August 5, 2019, has heralded a new era of hope, equity and empowerment. Kashmiris are witnessing purposeful efforts by the state and Union governments to instil greater dignity, development and democracy in the region.

Consequently, the green shoots of peace and aspiration are beginning to sprout. With the government and people determined to stay the course, Kashmir is certain of reclaiming its crown as “heaven on earth” once again.