Pavan K Varma: Who're you? A passport Indian or a ration card Indian? Neither?

In this crisis, those who have the wrong card are unlikely to forget or forgive this experience 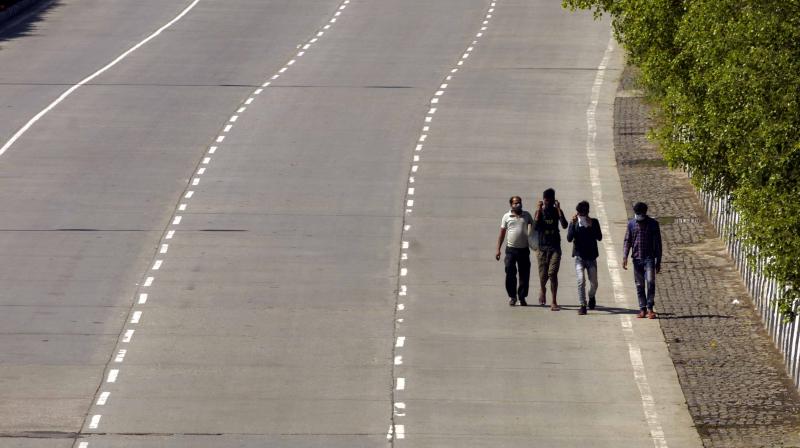 Moments of crisis, such as the one we are facing now, bring out the real traits of a society which are sought to be hidden under idealistic rhetoric or the proclaimed ideals of our Constitution. The rhetoric is a cover for our real instincts, and the Constitution becomes the repository of ideals that we have but are unwilling to practice. In normal times the Establishment gets away with this duplicity. But when a crisis strikes, such as the one now, the gloves come off. Our nice constitutional suit, with its nice bow tie of professed idealism, is ripped off, and we are seen, starkly, for what we really are.

The plight of the poor and the marginalised during this extended nationwide lockdown brings this out clearly. The entire urban landscape of India is littered with lakhs of migrant workers who as a result of the stalling of all economic activity are out of a home and a job. They are literally on the streets, without the assurance of the next meal, and prevented from returning to their native places.  If they dare to protest, as some have, they are beaten by the police, or incarcerated in inadequate quarantine facilities, or forced to stand for hours for a food handout that very often finishes before their turn comes. Thousands have set out to walk hundreds of miles to reach their native places, their meagre belongings strapped to their bodies. Most are rounded up by the police, beaten up, told to return, or publicly sanitised with an antiseptic spray, before being garroted in a makeshift quarantine facility, where there is neither self-isolation nor social distancing.

On the other hand, the treatment meted out to the privileged among us is dramatically different. Chartered planes have been sent to bring back the Indians who were stranded abroad. The Uttar Pradesh government has sent 200 buses to Kota to bring home students. There is a difference in our country between those who have passports and those who have ration cards, and those who have neither. Those students of Kota had parents who could operate the influential middle-class network and put pressure on the system. For them, breaking the ban on all inter-state transport except for essential services was possible, and 200 buses were commandeered to reunite the progenies with their parents.

But the vast numbers of the urban poor don’t have such influential networks. Their role is to be quiescent victims of this blockade, to not be seen contaminating our world, to disappear into the crevices of the city, to just stay where they are even if they don’t have a roof over their head, or money to recharge their mobiles, or soap and water to clean their hands, or food to eat.  A basic question needs to be asked of the well-intentioned crusaders of social distancing and self-isolation: How do we practise both of these if you are living in a slum where dozens of people are packed like sardines into one cramped room, or if there are no proper sanitation facilities, or if hovels are built one upon the other?

Unfortunately, the middle class has turned its back on the very people who help it to lead its middle class life. These are the people who are casual help, who clean the premises, wash the utensils, peel the vegetables, cook a meal. Many gated colonies have closed the door on this segment because they could possibly be contaminants. Now, they don’t have a job, nor do they have wages. The least their erstwhile employers could have done -- even if they are no longer availing of their services -- is to organise food for them, and continue to pay their salaries.  But even this is not being done.

This coronavirus has brought out another virus that has deeply penetrated our psychic metabolism -- social insensitivity.  The hugely important values of dana, punya, paropkar – which are so important in a society where so many need them -- have been overwhelmed. There are of course honourable exceptions where civil society has risen to the occasion and is helping the poor. The government too is doing whatever it can. But is it really enough? Certainly, the government’s package for the poor should have far more generous and efficient, reaching food and money to those without either, including those who don’t have a ration card. Former railway minister Dinesh Trivedi has said that special trains could have been organised for the migrant workers, with social distancing norms being followed. If buses can bring back students from one state to the other, why can’t buses be harnessed to do the same for migrant workers? Why is that Air India aircraft can be chartered for some Indians – students and others -- stranded abroad, and only brutal police bandobast used for ensuring that migrant workers stay put where they are?

The nation is united in fighting the coronavirus pandemic. But this unity of intent has shown that there are great differences in the manner that different segments of society have been treated. The victims are unlikely to forget or forgive this experience.