What caste are you, Corona? 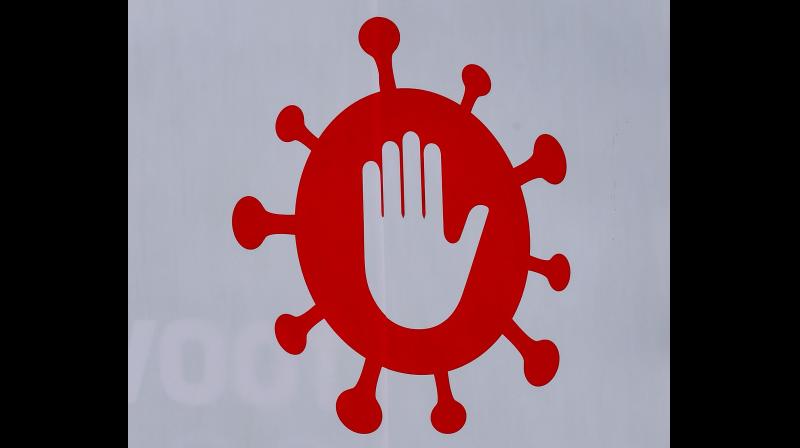 The experience of citizenship is not democratic for all citizens.

We might be in the midst of an unprecedented crisis, and if European figures of coronavirus fatalities are anything to go by, there is much to be alarmed about. Not so long ago, Joshua Lederberg, Nobel laureate for medicine, coined the phrase “emerging and re-emerging diseases” to contend that the world was now in a phase in which vulnerability to epidemics — AIDS, Ebola, cholera, plague, TB, dengue — was greater than it had ever been.

Historians of medicine like Prof Frank M. Snowden of Yale University continue to argue that diseases may manifest as well as thrive on the faultlines created by demography, poverty, environmental degradation, warfare, mass transport and societal oversight. New vulnerabilities, he argues, rather than being accidental, are a plausible result of the kind of social reality that we inhabit.

With respect to infectious diseases, scholars like Snowden argue, it is women who bear a disproportionate burden because of susceptibility to infections, care work, feminisation of poverty and unemployment. Precautionary measures like 'social distancing' or even the symbolic 'Janata curfew' have to be understood by indexing them to the everyday socialities that we inhabit.

In the many discussions on news channels, following the Prime Minister’s address to the nation, political analysts have remarked on the question of the daily-wage labourer, who would out of necessity not be in a position to miss a day of work.

Is it possible to imagine distancing, social or merely physical, without putting in place adequate provisions for this person? The call to the “fellow citizen” to show self-restraint and resolve to fulfil duty in the service of the nation seems iniquitous given that the experience of citizenship is not democratic for all citizens.

This is precisely why an analyst’s invocation of Shaheen Bagh on a news channel, following the PM’s address, as likely to cause a community spread of the coronavirus is misplaced for it undermines the everyday risks that people are willing to take to make ends meet and to aspire for a better future for themselves. Contagion is but one risk among many.

I want to focus a bit more on a different kind of daily labourer, the female domestic help, whose work has not only been impacted by social distancing but her experience of being distanced for reasons of contagion ties into existing caste practices of social distancing.

In interviews conducted with domestic helps from a gated community in an Indian city, the stories that emerged are illustrative of how notions of contagion and pollution intersect. What I offer here are two vignettes from ongoing research on labouring and surveillance in gated communities.

For my informant, Nafisa, the last week has seen interruption in her daily work. In three out of five houses she works in, she has been asked to come bi-weekly. Her employers fear that she might be contagious but their fears of contagion has not led them to take on the responsibility of doing domestic chores on their own.

To Nafisa’s utter horror, when she went to do dishes at one of the homes she works at, not only had the dishes not been done for three days at a stretch, the kitchen stank and there were cockroaches in the dirty utensils. She said to me, “They think I will bring disease, I felt like they would make me sick. These people think that we are dirty, but I will tell you that most of these people are filthy.”

At another house, where she went as a temporary worker to do the dishes, the dishes had again not been done for two-three days. Here, the lady of the house refused to pay her more than the stipulated Rs 50, which is the payment for one day’s work. Nafisa was asked to sanitise the house in a backward movement as she exited the house.

For another informant, Khadija, the only work that two of her employers have made her do this week is cleaning of the toilets and bathrooms. In the middle class understanding of contagion, a potentially contagious person — the domestic help — cannot contaminate the toilet, the hotbed of bacteria, and the toilet is not pestilential for an already noxious body.

When we do begin to study how social distancing worked in the context of coronavirus at a later stage, we would have to take on the burden of explicating that sociality (and proximity) is restricted not just to gyms, malls, cinema complexes, public transport, schools, universities, museums, restaurants, sporting and religious events, airports, trains, wedding ceremonies, parties, hugging, shaking hands and bars.

Epidemic control measures, individual or collective, can attach themselves to existing social hierarchies, making some bodies carry a disproportionate responsibility for the spread of contagion. In the context of coronavirus, social distancing cannot mitigate the effects sub-optimal healthcare facilities, housing and city planning which makes it a class privilege.

For the Indian middle class, meanwhile, the ethic and care of the self that social distancing requires does not include taking responsibility for their own household chores. Can this moment be taken advantage of to address and re-organise the gendered division of labour that exists in households and families?