Merenla Imsong
Merenla Imsong is an actor and comedian who recently had to migrate from Facebook to Twitter because her family wasn’t very appreciative of her inappropriate jokes. She lives in Bombay with her flatmate and 42 plants.

What it used to be like in the pre-quarantine days 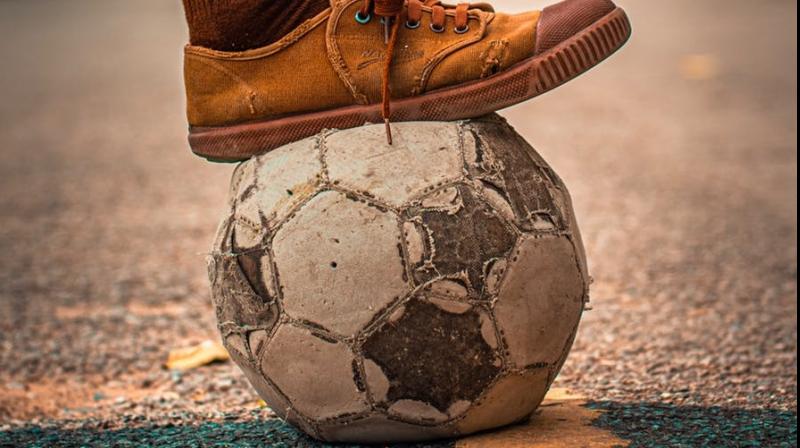 Look what I found.

It was a sunny day. Not that it made a difference. It was always sunny. A little too sunny. But today was the right kind of sunny. The telecom had announced that it would be safe to come out today and P couldn't have been happier. It had been 362 days since her last outing.

She had to make sure she made good use of the two hours. All year, she had made up games in her head but there was no chance she could fit all those games in those two hours and all this thought was making her anxious. But it was not the time to be anxious. Every morning P would wake up, wait for an announcement from the telecom telling them that today was an Exposure Day but 361 times she would get disappointed.

But today was not one of those days. She woke up knowing that it was a different day. It was going to be a special day. She didn't know how or why but she just knew. She couldn't contain her excitement as Mother prepared her for her journey outside - one layer of double SPF followed by a gel coating and then an epidermal hazmat and finally a tracker just in case she got into trouble. Ever since the girl a few blocks away fell into biochemical sludge and drowned, Mother had been very cautious about P's safety and she had every right to be.

P's house was tiny. It wasn't as nice as the houses that the Overground People lived in, which had glasses on the walls so they could see light. P's family couldn't afford that. They were not the Higher Ups. They were the underground people. The government made sure that there was enough daylight simulators so that the underground people would not feel left out, but it would never be able to replace the real feeling of seeing actual daylight. Nevertheless, P's parents made sure that P did not miss out on anything just because they couldn't afford a lifestyle everyone desired. On her 8th birthday they gave her a cheap biosynthetic dog that barked everytime P was sad. It was her favourite toy and she liked to pretend it was a real dog. She called it Woofus.

P had big plans for Woofus and herself today. Woofus, being a nonliving existent, didn't need to be prepared before sun exposure. That was the good thing about having a synthetic dog. You didn't need to take extra precautions. Besides, P's family could never afford the expenses of owning luxury items like real dogs. She often wondered what it felt like to be an Overground Person because that would mean that you could keep a real dog if you wanted to, but she would stop these thoughts immediately because she felt she was betraying Woofus even though Woofus was incapable of feeling or understanding emotion.

After what seemed like forever, the vault finally opened and all the underground people were released. There was a lot of shoving and pushing which couldn't be helped because people were excited to finally be out in the open. P ran towards her favourite spot -- the plastic forest. It was beautiful to look at from afar but had a very bad smell which the people were now used to. P saw the Overground People walking around with their dogs and felt bad that Woofus wasn't as good looking as those dogs.

P geared up for a game of catch with Woofus and picked up a plastic stick and threw it in the direction of the synthetic rocks. Woofus obediently ran towards it but didn't return for a long time after disappearing behind the rocks which was strange because it was programmed to track down and deliver.

P gave it a few minutes but couldn’t hold her curiosity any longer. She knew that in such a situation she was supposed to inform the elders but she went ahead looking for Woofus behind the rocks and there it was, crouched over something it could not identify. P leaned forward and to her utter amazement saw a ball. Not the kind of ball that was issued to them but a real ball — a worn out football from the era of the carbon people. No wonder Woofus couldn’t identify it. P picked it up. How had it managed to survive radiation? She had heard stories of how her grandfather himself used to play with one in those pre-quarantine days. It looked exactly like how he described it to her, just a bit tattered. She held it close, gave it a tight squeeze and slowly walked back to her house, excited at the treasure that no one else owned. She was right all along. Today really turned out to be a special day.