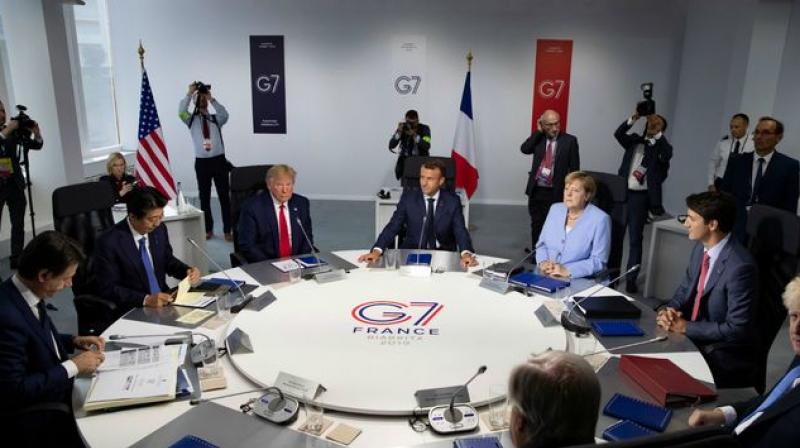 Having to deal with not only the pandemic that has affected his country the most but also nationwide protests against racism, the US President Donald Trump may be under the greatest pressure.

Amid his onerous domestic preoccupations he may, however, have come up with a spark of an idea in mooting the expansion of the Group of Seven (G7) summit of world leaders to a G10 or G11 with the  addition of Russia, India, South Korea and Australia.

It should not matter that the timing of the proposal seems a bit 'off’ and Trump’s exuberant style will not match any old-fashioned view of diplomacy.

The annual summit has run into a maze of geopolitics with Germany opposing the re-inclusion of Russia, which was in G8 until its annexation of Crimea led to expulsion in 2014.

The need for a proper world forum to address issues surrounding the spread of the virus and its wide economic ramifications, is being felt the most now. The G20, essentially an international grouping to coordinate economic policy, may be too unwieldy while an emasculated UN is hardly seen as capable of a leadership role.

With the US hosting the G7 this year, Trump cancelled a virtual meeting while trying to preserve  the traditional powwow of the most powerful leaders of the free world.

The invitation to India, extended on a phone call to Prime Minister Narendra Modi, has come in for appreciation, especially since things being fraught at the border are an index of China’s restlessness in the time of the coronavirus.

Power equations have changed substantially since the expansion of India’s economy has seen its heft surpass that of some G7 nations.  Its non-hegemonic presence is considered as lending balance in multilateral organisations.

Any summit to bring leaders together to forge a joint political and economic strategy post-Covid 19 would have to recognise that inclusion is the best way forward.

The crisis the international order is facing is best addressed by a group with greater clout than the original Group of Four who met in the White House library four decades ago.