AA Edit | Governor must play by the Constitution 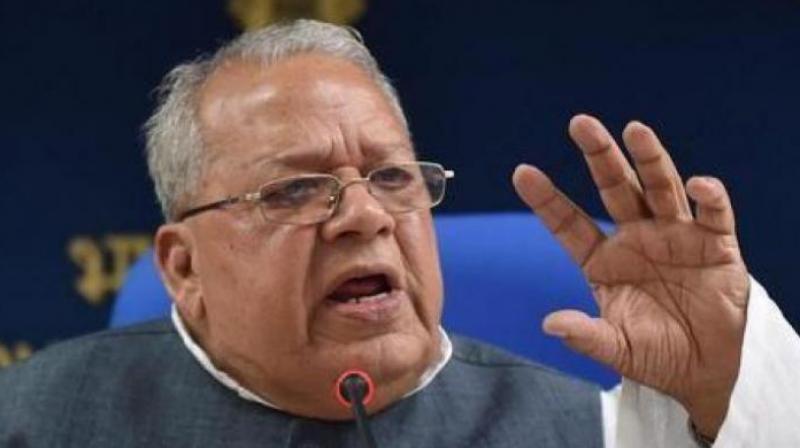 It is time Rajasthan governor Kalraj Mishra stopped playing unconstitutional games and instead summoned the session of the state legislature as recommended by the council of ministers.

Article 174 (1) of the Constitution states that “the Governor shall from time to time summon the House or each House of the Legislature of the State to meet at such time and place as he thinks fit..”

The Constitution has vested that power on the governor not thinking that the representative of the President would be a better judge than the council of ministers which is collectively responsible to the state legislature elected by the people on such matters. It was a procedural etiquette, nothing more than that.

If he construes it as a blank cheque given by the founding fathers to the occupants of gubernatorial offices, then he must disabuse himself of such thoughts.

Such misreading of the Constitution could make him also think that the ministers continue in their offices at his whim and fancy as Article 161 (1) says “the ministers shall hold office during the pleasure of the Governor”. The right reading of the term ‘pleasure’ is the period when a person has the confidence of the legislature.

The governor is constitutionally bound by the “aid and advice” of the ministry in the exercise of his functions, “except in so far as he is by or under this Constitution required to exercise his functions or any of them in his discretion.”

The Supreme Court has made it abundantly clear that the governor has no discretionary power when it comes to calling a session of the house.

The governor setting conditions for the Assembly session to meet is also unheard of. The power to run the affairs of the state, leave alone the assembly, is with the people of the state, through their representatives.

The governor must either cite an unconstitutional or illegal act by the council of ministers for stalling its recommendations or go by its advice. He does not have too many options. By refusing to go by it, the governor is acting against the will of the people of Rajasthan.

Like most Indian states, Rajasthan is also in the grip of the pandemic Covid-19. Even well-governed states which have marshalled all their might are finding it tough to keep the virus at bay, and Rajasthan is no exception.

The people of the state have a right to get the undivided attention of their government in this critical moment.

They have elected their representatives to decide how this job must be done. The governor must not come in the way of them sitting together and decide what is best for the state and the people. He must return to playing by the Constitution.