There are about 50 tiger reserves in India, but, according to a government study, the average size of each is only about 1,500 square kms 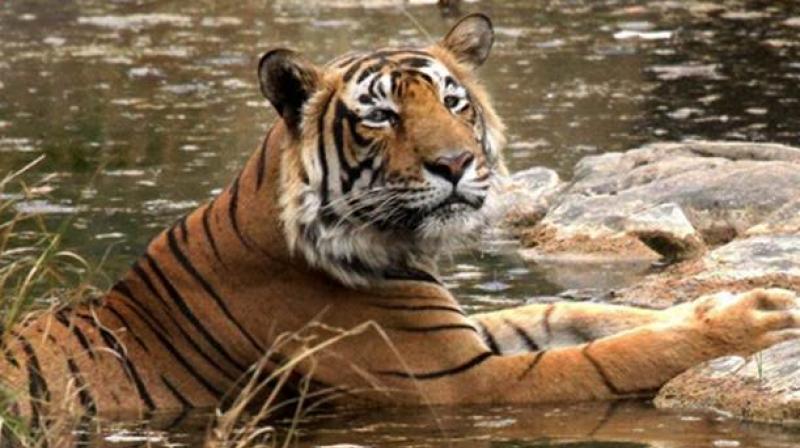 Amid the present-day gloom and the doom comes good news in the form of India doubling its tiger numbers in 14 years, emerging as an example to the rest of the world which is struggling to protect its wild tigers.

The endangered Panthera tigris no longer roams wild in 17 of the 30 countries it once inhabited, but 75 per cent of its 3,900-strong population lives in India, which is seeing a six per cent rise in their numbers annually. This is India fulfilling its Saint Petersburg covenant, as well as “walking the talk”, albeit very limitedly, on the Paris pact. But do the numbers tell the full story?

There are about 50 tiger reserves in India, but, according to a government study, the average size of each is only about 1,500 square kilometres. This is only 25 per cent of the world’s tiger habitat, and the tiger is a solitary animal that typically needs a home range between 60 and 150 square kilometres.

The shrinkage is not only due to human overpopulation, overgrazing and cultivation. It is also due to the Narendra Modi government’s dangerous policy of favouring big business when it comes to granting project clearances.

This has increasingly been the case over the last few months, which saw hasty approvals given to the Hubbali-Ankola railway line through Karnataka’s Western Ghats and a railway bridge through the Kawal tiger reserve in MP.

Dwindling habitat has led to 110 tiger deaths in 2019 — to turf fights, depleting prey bases, poaching and roadkill. If this badly planned infrastructure development continues unabated, this number could shoot up without warning.

At the same time, because of the failure of the animal to migrate, the genetic diversity of tiger populations could fall within a century, leading to disease and extinction of tiger species.

The only recourse left to the government then would be moving individual tigers between reserves, turning these into large zoos maintained for the benefit of tourists. That will be the end of the story for the Indian “wild tiger”.