This obliteration of distinction for the global symbols of anonymous affluence is an all-India phenomenon. 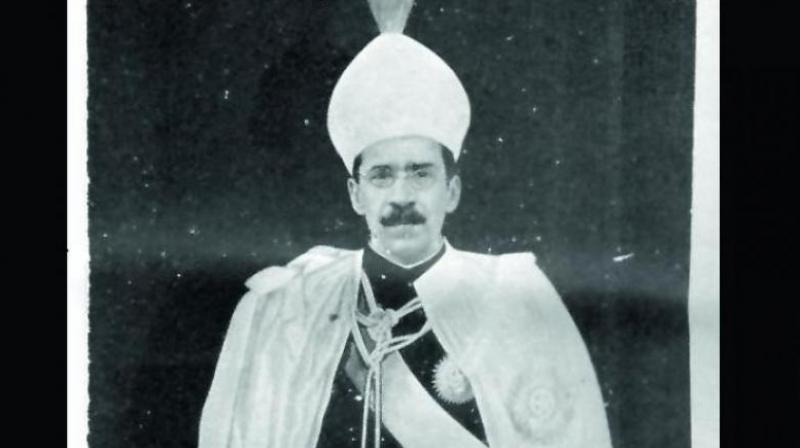 A nocturnal drive through Hyderabad’s flattened roads past endless parades of glittering shops was a reminder that my old friend Ghafoor Noorani was more accurate than even he may have thought when he gave his book on the collapse of the Nizam’s regime the apocalyptic title, The Destruction of Hyderabad. Leave alone the Nizam, little remains of the languid and leisurely city of rocky starkness I first savoured in the 1960s.

This obliteration of distinction for the global symbols of anonymous affluence is an all-India phenomenon. India’s only exception to the rule arises from its growing commitment to the culture and religion of the majority. The new elite may be socially secular but didn’t even notice when small Hindu shrines crept up against the Char Minar’s pillars. As Noorani wrote of Gen. J.N. Chaudhuri’s Operation Polo in 1948: “The deceptively titled ‘Police Action’ was much more than conquest of a rebel state governed by a megalomaniac under the influence of thugs. It was the annihilation of a certain way of life, the uprooting of a people, and the sweeping away of a culture, swiftly and almost completely.”

From D.F. Karaka’s romantic Fabulous Mogul, to Bharati Ray’s erudite Hyderabad and British Paramountcy and John Zubrzycki’s evocative The Last Nizam (the two last authors also being old friends), many historians have attempted to tell some aspect of the story. But I thought of Noorani’s book because of its contemporary resonance as my nephew, who has lived in Hyderabad all his life, and his wife drove me all over the city’s surprisingly extensive sprawl after dinner at the Secunderabad Club’s sailing annexe. I also thought of Sitaram, a perceptive journalist colleague who grew grapes on his rooftop and claimed to have taken up arms against the Nizam in the Telangana peasant uprising that the Communist Party of India led, probably under Moscow’s instructions. Sitaram, who took me to meet Mohit Sen and treated me to excellent biryanis at the Nizam Club, used to rail against the glittering new elite. “We fought against the Mulki rules then” he told me, “but I wish we had Mulki rules now to keep out these money-grubbing Delhi and Bombay wallahs!” Today, he would probably have denounced the globalised IT community as predators.

A Central minister’s description of Hyderabad as a “safe zone for terrorists” was bitterly resented, but the secular amity of the nizamate no longer survives. Neither does colonial graciousness despite hotels and restaurants that cultivate an exaggerated version of its luxurious style. The dominant note of brashly vulgar consumerism flamboyantly flouts Dr Manmohan Singh’s “ten-point social charter” for corporate social responsibility beyond tax planning to enshrine the concept of sharing with the less privileged, as well as the Real Estate Regulatory Authority his government established in 2013.

One party alone can’t be blamed for this degradation. It’s the national ethos. Instead of being incorporated in imaginative urban landscaping, the rocks of Banjara Hills have been blasted to make way for malls and ostentatious villas. Since the Indian rich must be waited on hand and foot, that also means squalid slums within striking distance of untold riches. The threatened demolition of the Errum Manzil palace’s more than 150 rooms, golf course, stables and polo ground, the legacy of Nawab Safdar Jung Musheer ud-daula Fakhrul Mulk, despite the pleas of his descendants to the Telangana government to preserve this 150-year-old “architectural wonder”, would carry erasure of the past a step farther.

Communalism provides almost the only thread of continuity. Mir Osman Ali Khan, the last ruling Nizam, hoped that Partition being on religious lines would not oblige him to “take one side or the other” because Hindus and Muslims had always “lived side by side” in Hyderabad. It was a vain hope. Recalling Jawaharlal Nehru’s lament in his Autobiography, “Many a Congressman was a communalist under his national cloak”, Noorani paints India’s agent-general in Hyderabad, K.M. Munshi, with his Hindu Mahasabha and Rashtriya Swayamsevak Sangh links, as a rabid communalist. Sardar Vallabhbhai Patel was only slightly less so.

Whatever the Nizam may have hoped, the fanatical Razakars led by Syed Qasim Razvi didn’t leave him much option. Their atrocities against Hindus were prominently reported. What Noorani calls the “massacre” of Muslims is less well-known. Yet Delhi’s three-man goodwill mission noted that “at a very conservative estimate” up to 40,000 people were killed. “The sufferers were Muslims who formed a hopeless minority in rural areas.” They still do. Hence today’s outrageous cases of lynching even in emancipated West Bengal. The Sunderlal Committee’s report, printed as an appendix, accuses militant Hindu organisations in Indian towns outside Hyderabad’s borders of sending armed murderers into the state.

The small matter of the disputed £1,007,940 and nine shillings provides another contemporary link. The Nizam’s agent-general in London entrusted the money to Pakistan’s high commissioner there. India, Pakistan, two banks, and the Nizam’s grandsons, Prince Mukarram Jah, the titular eighth Nizam, and his younger brother Muffakham Jah, all claim the money which had swollen to £8.5 million in Noorani’s book, and now stands at more than £35 million.

Nehru valued Hyderabad’s composite culture which, he recognised, enjoyed a certain international reputation. Patel hated it. It should surprise no one, therefore, if some patriot chanting “Jai Shri Ram!” suggests one day soon that the reinvented city’s alien name should be changed to a loyal “Yellammapuri”. Nirad C. Chaudhuri would have called it another step in the barbarisation of India.

Mutilation of J&K: Education is a casualty in the year of abrogation