Can the state of Telangana take on the heat stress this year?

Another set of workers who are particularly affected are around coal mines and thermal power plants. 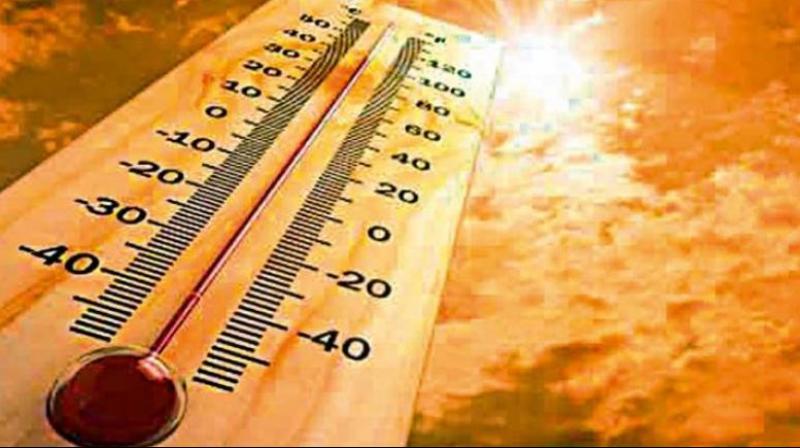 Although the Telangana state government has responded to the 2015 heatwave shock by coming up with a heat action plan every year, whether it is really serving the purpose remains a question. (Representational Image)

The state of Telangana is no stranger to heat waves, and after experiencing an unusually hot winter, the dreadful summer looms ahead. According to the World Meteorological Organisation (WMO), this year is likely to be among the hottest years.

Although the Telangana state government has responded to the 2015 heatwave shock by coming up with a heat action plan every year, whether it is really serving the purpose remains a question.

The Telangana State Heat Wave Action Plan 2016 was prepared as per the high court’s orders and the guidelines issued by the National Disaster Management Authority (NDMA).

Broadly speaking, the action plan misses out on two major aspects — accurately identifying the most vulnerable groups and their perspectives and the scope of mitigation. The plan identifies the vulnerable population affected by heat waves, among hazardous locations, developing effective strategies, agency coordination to address heat-health risks and implementing the Heat Action Plan by activating heat alerts. While it does recognise people engaged in outdoor activities as one of the most vulnerable groups, it blankets all outdoor occupations into a single category. Workers with outdoor occupations consist of the most diverse, most affected groups, and often remain without the means to act on warning signs. It could be construction workers, vendors, and daily wage workers, especially the urban poor, who are essentially non-unionised and part of the unorganised sector. Another category of urban workers who are exposed to heat are the delivery boys, and with the rise of e-commerce, the number of such delivery jobs are also increasing.

Another set of workers who are particularly affected are around coal mines and thermal power plants. Absenteeism among workers in the open cast mine projects (OCPs) has become commonplace because of the lack of proper implementation of measures that address workplace safety during high temperatures.

Often in OCPs, the temperatures are touted to be much higher than the rest of the coal belt, with trade union leaders claiming that it crosses 50 degrees Celsius during peak summers. These come amid complaints that the coal companies do not give enough heed to the temperatures being recorded by private institutions and agencies. Workers have been demanding that shift timings be changed to early morning and evening hours because the heat relief measures come in too little and too late. The Heat Action Plan is mostly advisory in nature with such solutions. Who oversees the implementation? Are unions responsible to ensure implementation goes through?

The undertone of the heat action plan assumes most vulnerable groups as receptive and organised in some form to be able to receive, respond and act on the warning signs being communicated to them. The most impacted and vulnerable often do not have the means to respond and cannot afford the luxury of taking mid-day breaks. Moreover, there is no active effort either from civil society organisations or the government to include people’s perspectives as a part of heat action policies.

Public health risk due to extreme heat is a relatively under-appreciated risk to workers in the state, and the Heat Wave Action Plan is reflective of it because of its warning systems. Often companies engaged in such outdoor occupations wait for reports to suggest a rise in mercury levels to declare a change in shift timings, or provide relief measures to workers or shutdown work for a certain period. This system itself relies on reporting temperature from a centralised source and also the fact that temperature has become the only criteria to declare a state of a heat wave.

In contrast, the Ahmedabad Heat Action Plan, a first of its kind in the country, came out in 2013, which spoke about the need to have an early warning system (EWS) and an inter-agency collaboration framework to alert citizens on predicted extreme temperatures. It also emphasises on the need for determination of threshold values based on a thermo-hygrometric index.

In addition to this, what is also needed is to question the institutional framework of the heat wave action plans, which has little room for decentralisation beyond the disseminating of services to tackle the impact of a heat wave. A decentralised framework is needed also in assessing the risk of heat waves. In its current form, the action plan focuses on individual-centric solutions to deliver heat relief measures, be it staying away from work, drinking water albeit supplied by the state through chalivendrams in some instances, or following proper dietary conditions. Addressing solutions to heat as a community level project doesn’t seem to the focus of the action plan. Even the community level solutions focus on “actively keeping cool”, emphasising individual action.

The Telangana State Heat Action Plan lacks this precisely: a comprehensive heat index with community based early warning systems as an approach to deal with heat. While the accuracy of climate models and issues while reporting predictions and recorded temperatures are still being worked out, one cannot undermine the need for community based early warning systems and preparedness. With the most vulnerable groups often being outside the purview of state mechanisms, how does enforcement or protection take place through the state?

A heat wave is categorically called a silent disaster, but the response to it is typical of that of any other natural calamity. The nature of heat waves is not instantaneous, and hence cannot completely rely on the readiness of vulnerable populations to react. The state should not just respond to instantaneous heat wave effects like heat strokes, but should start responding to how heat is incapacitating people with long-term health risks such as renal diseases, deteriorating heart and respiratory conditions. While active intervention in the form of response measures should not be undermined, a state heat wave action plan should do more than that, incorporating ways to make room for structural changes.

According to the India Meteorology Department (IMD), the frequency of severe heat waves increased sharply in the past 15 years due to climate change, urban heat islands and other factors. And the threat of heat waves is likely to increase, with studies suggesting an increase in heat wave duration and heat wave frequency in the coming years, along with increased temperatures through extreme heat events. With the phenomenon of heat becoming more than a silent disaster — a lived experience — its high time the state undertook a comprehensive revaluation of its approach and response to heat and its impact; laying special emphasis on those most vulnerable to it.