Amitabh reinvents himself as a quizmaster in Kaun Banega Crorepati. 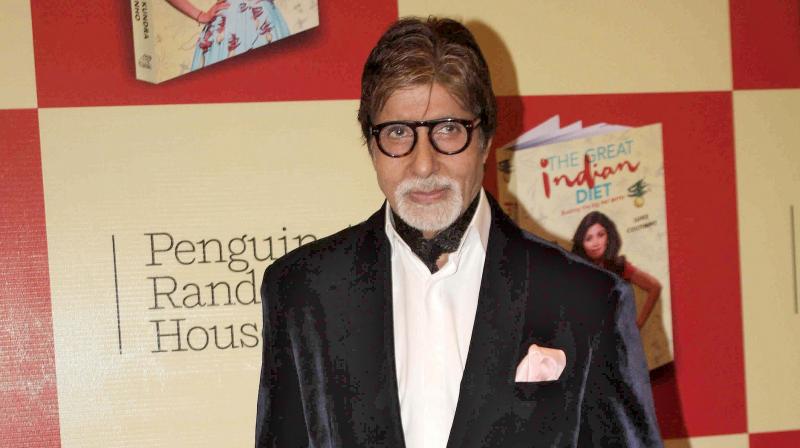 Amitabh Bachchan turned 75 on Wednesday. It is almost as if he has taken on a new role, promising some twist of surprise, some additional tadka to a life, meaty in its histrionics. For me, Amitabh is not a person, but a metaphor for a perennial man, who keeps on inventing himself in new and interesting ways. One can hear the baritone voice reciting Shakespeare’s seven ages of man with a gusto, a sense of joy, adding his own rhythm to the various interpretations of the text.

At one level I am surprised I like Amitabh. He is not a dissenter, an eccentric and a man quirky in his interpretations. He seems absolutely mainstream and yet Amitabh interests me in a way few actors do. I think it is the way he combines life and script to creating a fascinating persona, a hoarding larger than life that intrigues me. Controversy haunts him but he does not look for controversy. He seems to have defined life in his own terms and that is something even Raj Thackeray understands and accepts. He seems iconic of an Indian way of life; a way one wants a larger than life persona to be.

The problem with stardom is that it often goes stale quickly. The fan that glorifies you looks on in indifference as you age or put on a few pounds. A wrinkle seems like a death sentence. Yet actors age quickly and the muscularity one associates with them fades. All our great Khans — Shah Rukh, Aamir and even the perpetually adolescent Big Boss, seem to feel the effect of age, desperate to reinvent themselves. In fact, only one man can challenge Amitabh, and that is Rajinikanth. Rajini can invent himself, and even offer a new prospect of politics to keep his hungry fans happy. Amitabh makes no such effort or promise of politics. In fact, he is inept at it, happier to make friends with those in power rather than challenge it.

It is just that his life has a sense of a ritual cycle, a dramatic sense of rhythms as he invents himself over the decade. As an angry young man, he was immaculate and he gave to violence a dramatic intensity, a legitimation it has not had since then. The logic was simple and the anticipation complete. In a Bachchan movie, the good cop, the good father disappeared before the interval, inept before the power of evil or villainy. Amitabh explodes after the interval eliminating the villain. Yet there was a bitter-sweet taste to it, specially in Sholay which I saw 16 times. He dies to save his friend Veeru and the bitter-sweet poignancy of Sholay survives because of that. Sholay is I think the greatest B-grade movie ever made creating the great stereotypes from Amjad as villain, to Basanti as the sheer exuberance of life. It imitates a dozen movies but Amitabh shows that out of all the imitations, the genius of Hindi cinema is that it can create an original out of a million copies.

Amitabh reinvents himself as a quizmaster in Kaun Banega Crorepati. He is empathetic, a good listener, everything your school teacher should be and is not. Information becomes playful and the quiz a national sport. In fact, it is with these shows that the excitement for the information revolution begins as Amitabh gives it a mystique, while Sam Pitroda and Infosys give it energy. In inventing Crorepati, Amitabh shows how one can make a transition to middle age. One does not slow down, one moves to a different milieu, speaks a different script. He brings to transitions a conviction and confidence that makes me envious. His dalliance with Rekha is perfectly timed turning both into perennial icons, the ideal one can only hope to be. One can play down the relationship but at the cinematic level, it added a touch of the inimitably erotic that few things could match. Amitabh returns to domesticity but Rekha plays the inimitable Garbo of Indian film. She does not retire but just becomes ageless. Film life seems more real than real life and I think that is the wisdom of Bollywood. It allows for the world of ifs and buts without which life would lack its verve of gossip. Also there is little that is judgmental as Jaya Bachchan holds her own as a Rajya Sabha member, as a Guddi who grows up and life makes sense in its promise of multiplicity.

But even scandal or the whiff of it perils into insignificance as Amitabh becomes the grand old man, perpetually young at heart as he matches Tabu in Cheeni Kum and years later Deepika Padukone in Piku. He makes growing old in India a grand affair, a different kind of possibility giving to life and old age a different verve, a different sense of meaning. In fact, he has a way of dominating the stage. He senses the drama of his own iconicity. Even when Aishwarya and Abhishek Bachchan stand next to him, they sound like a supporting cast, waiting for his memorable lines.

Amitabh transcends generations. He refuses to be a period piece. In reinventing himself, he shows the protean possibilities of life, a sense that a good actor can turn even the most mediocre of scripts to possess a sense of the magical. I think he helped keep the myth of Bollywood alive, against the Shiv Sena, against the sense of perpetual entropy that cinema ruthlessly imposes on its actors. Being and becoming 75 is like saying there are more roles to play and like a gluttonous fan one waits patiently for the next act. For me, there must always be a next act and that is the beauty and complicity of cinema.