Congress has itself to blame for defection of its MLAs. 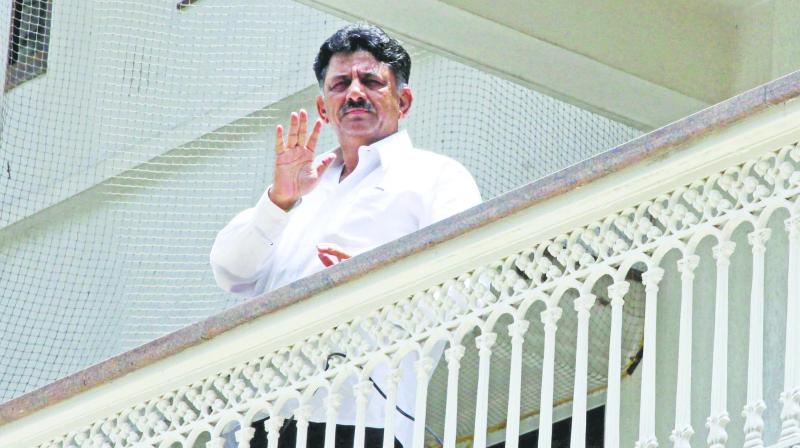 This was a crisis in the making
R. Balashankar

The response of the Congress to the Gujarat crisis makes one wonder whether it is suffering from Lemming complex or Ostrich syndrome? The party is blaming the Bharatiya Janata Party, Prime Minister Narendra Modi and party president Amit Shah for the crisis, defections and the confinement of its MLAs in a luxury resort in Karnataka till the date of Rajya Sabha elections in the state on August 8.

The Congress could have avoided all these embarrassments had its leadership been more alert or sensitive to the sentiments of the state leaders. The crisis in the state unit was brewing for quite sometime. Many factions already existed.

Clearly, the faction led by former Union minister and former state party chief Shankarsinh Vaghela and the traditional faction under Ahmed Patel and PCC chief Bharatsingh Solanki were at loggerheads.

Mr Vaghela had conveyed his displeasure to the party high command a number of times in the recent past. He had even threatened to split the party alleging neglect a couple of times. But like in Assam earlier and in Bihar (when Nitish Kumar met Congress vice-president before quitting Mahagathbandhan) the Congress leadership not only chose to ignore the warnings but blindly continued to support one faction against the other. As always, it has chosen to cry hoarse and allege conspiracy after the camel was out of the tent.

In Gujarat, it could have easily averted the revolt. The party has great experience in managing contradictions.

In recent times, it has been behaving as if it is out of sync in politics. Or else how does it explain the expensive sojourn of its MLAs in the holiday rendezvous at a time when Gujarat, especially the Congress strongholds were reeling under severe flood?

In a state that is going to polls in a couple of months, the Congress MLAs have left their voters to fend for themselves in the heavy flood.

And estimates say that the Congress will be spending a fortune for the transport and comfort of its MLAs for 10 days.

The victory of Ahmed Patel in the Rajya Sabha poll seems more important for the party than winning the state.

Could anyone believe that the MLAs are unsafe in their own states unless they are so unpopular with their electorate?

The party is actually not protecting its men but curtailing their freedom so that they can be threatened and herd together on polling day to vote for Mr Patel.

The Congress is using both money and muscle power to coerce its MLAs into submission.

It is desperate to win the seat for Mr Patel, which has become an ego issue for the high command.

Equally determined is Mr Vaghela, his son Mahendra Sinh and his relative Balwantsinh Rajput, the rebel candidate who has queered the pitch for Mr Patel.

There are 22 dissidents supporting this faction, according to the insiders. The party has the option between surrendering to the Vaghela group which is more popular or losing the war.

Blaming the BJP for its inner-party tussle will not impress the voters. And it is no wrong, but realpolitik, to fish in the troubled waters for the Congress’ rival here.

Defection, especially by legislatures, was once considered a “sin” in Indian politics. A sin, because it denotes lack of morality, absence of ideology, and worse, it denotes greed. In the public eye, just some years ago, defection was akin to a corrupt practice. Over time, just as most other ethical behaviour and beliefs in politics have become non-issues, so has defection. Defections by elected persons, engineered by powerful interests, are now benevolently called  “political strategy”.

The case of about eight Congress state legislatures in Gujarat defecting from the Congress on the eve of Rajya Sabha elections, and just some months away from the Assembly elections is also being analysed similarly. It is being paraded as strategic success by Amit Shah and as a sign of failure of the Congress.

Let’s look at the assumed impact of these defections in Gujarat — it puts a little doubt on whether Ahmad Patel would be re-elected to the Rajya Sabha; it sends a signal to the voters in Gujarat, that the Congress is a divided house and the rats are leaving the sinking ship; it upsets a party in preparation for an upcoming Assembly election. It deflects relevant issues to less crucial issues such as these defections — all in all an attempt to disrupt the emerging political situation in Gujarat.

This shows nervousness and desperation in the BJP. By engineering defections, the BJP is hoping to weaken the Congress. Now that the communal cauldron post-2002, that it reaped to win thrice in Gujarat, and nationally in 2014, can no longer hide its underperformance in government, they are using strategies to malign a surging Congress, through devious tactics.

Perhaps, what we could call a weakness in this case is the Congress’ inability to publicly manage opinion, by showing defectors and their reasons for what they are — opportunists, dishonest politicians who have been lured. Congress may be called guilty of not having the wherewithal to cajole and caution those defecting, but it can’t be blamed any further.

To many like me, this shows desperation in the BJP ranks. Over the last two-three years, news from Gujarat shows the BJP losing its popularity. The Congress, in spite of spending 20 years in the wilderness, is holding its own and launching a credible offensive against the BJP. Widespread angst against the BJP is showing in various mass protests. The mood in Gujarat is changing, and so what do desperate manipulators and the political Mafioso do? They subvert the opposition, they buy off their opponents, they build smokescreen to escape, they disrupt and create chaos. Mr Modi, his consigliore Mr Shah, are doing just this. As the political noose is tightening, the cracks are showing.

A party that has deep roots in Gujarat, and has ruled the State for twenty years, should not need such tactics to ensure another win. It claims historical development, it claims a “Gujarat model”, it claims extraordinary governance. Then why all this. These are the first signs of a party sensing a slide. The difference between the BJP and the Congress votes was never a landslide; it was just some section of voters moving their allegiance.

The Congress will continue to work on its public presence and its struggles against the BJP government. When the voter is defecting, a few legislators defecting will not make any difference.

The writer is Congress spokesperson