Rajinikanth’s formal entry into public life will transform the politics of Tamil Nadu. 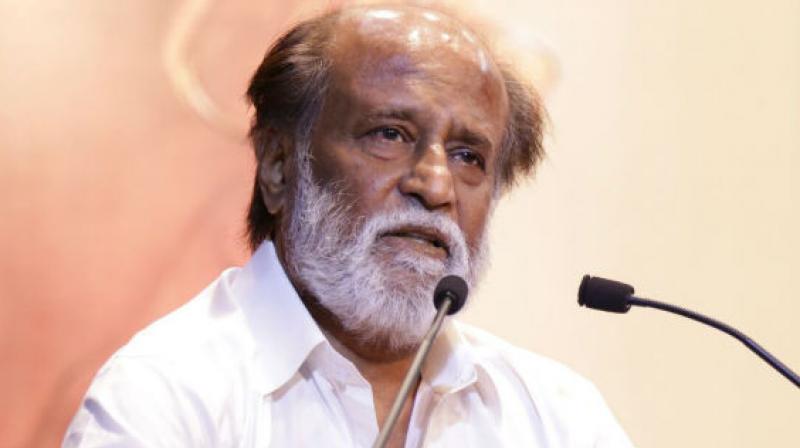 Pursuit of goodness will suffice

If I say once, it is akin to saying a hundred times”, is one of his famous “punch” dialogues in Tamil films. Now, Thalaivar has spoken, “My entry into politics is certain.” To his legion of fans, waiting an eternity for this, it’s a New Year gift. But would it be a bonanza for the state? Would this tectonic buzz lead to a paradigm shift in the polity in Tamil Nadu and impact the nation too?

In 1996, in the backdrop of the repulsive wedding celebrations of the adopted son of the Iron Lady, the protagonists led by Cho Ramaswamy, a “friend, philosopher, guide” were convinced that voters had made up their mind and if the erstwhile conductor deigned, he could go on to capture the public vote and conduct the affairs of the state, but he missed the bus. Now, Rajini says, “I miss Cho”.

Based on this construct, the naysayers are going to town that Rajini has bitten the bullet after his teeth have been pulled out and that he is daydreaming he can carry his legion of fans as voters to the booth. His fans may cut across sex, religion, caste, creed and region but will they find a stimulant in the sounding of the beagle?

The year 2018 may not be 1973 (Dindigul, MGR) and 1983 (Andhra Pradesh, NTR). But the core theme of why the ordinary voter seeks change in the political climate has remained immanent. The citizens at the hustings are simple folks with good in their heart. They expect the same of their leaders. They have seen Rajini in real life — the bald, unkempt persona — caring ever so little for his image. How a person conducts himself in public is a huge plus, and they may see it that way.

Whenever Rajini has spoken on public issues, he has delivered his lines with a nationalistic perspective, and never parochial or regional. He is far too famous to seek more fame. But his ideology has not yet been defined to fit the label of left, right or centre. That too matters little for none of the political adventurists of today have boasted of an ideological thrust. Pragmatism and humanism could be the catchwords for his march to power, not ideology.

It is all very well to suggest he is not an intellectual and we do not know where his allegiances lie on sensitive social issues. But it is not as if the present lot are so brilliant that we are stuck with a profusion of choices. It is no empty rhetoric in Tamil Nadu and, as Cho put it, “often, the choice is between a pickpocket and a dacoit”. Rajini is neither and his spiritual inclinations, publicly known, would suffice to support his candidature and party.

The present lot has miserably failed us. Last year, as Rajini said, captured the rot in all its hues. This may be a great place to start. No matter what political or economic ideologies he is imbued with or may pursue, just the pursuit of “goodness” would suffice for the expectations of the people. Therein may lie the seeds of success of Maaveran (superhero) to become the true Thalaivar that Tamil Nadu has been longing for.

The author is a practising advocate at the Madras high court

Rajinikanth has finally announced his decision to enter politics. He is the latest entrant into the hurly-burly of politics from the Tamil film industry after M. Karunanidhi, M.G. Ramachandran and J. Jayalalithaa — all the three had ruled Tamil Nadu at different stages. While announcing his entry into politics, Rajini promised to practice “spiritual politics” that transcends religion and caste.

“Spiritual politics” is not new in Indian polity — seven to eight decades back Mahatma Gandhi, who fought a spirited but bloodless battle to secure independence from the British, gave a clarion call to all politicians to make spirituality the essence of their politics. But the difference between the two statements is while Mahatma Gandhi’s spiritual politics was truly philosophical, Rajinikanth’s is just a hollow concept. He might have said his “spiritual politics” would go beyond all religions, but he quoted verses only from the Bhagavad Gita, the Hindus’ holy book.

The term “spiritual politics” is already being used by the BJP to claim that Rajinikanth will challenge decades-old Dravidian politics and would make Hinduism an integral part of his yet-to-be launched party. Rajinikanth will be used by the BJP to implement its agenda in Tamil Nadu — the saffron party wants to destroy Dravidian politics and replace it with its communal agenda.

And the BJP may have found its man in Rajinikanth. His entry is dangerous because he would be playing into the hands of the BJP, which does not mince words in saying that it wants Hindu Rashtra. The actor knows that he will be rejected instantly if he had referred to Hindutva in his speech and hence he spoke of spiritual politics.

Rajinikanth has a cult image among his fans as he has been acting in films for the past 42 years. When film heroes take the plunge into politics, the politician becomes a star and the electorate his fans. In a democracy, according to B.R. Ambedkar, hero worship is demoralising for the devotee and dangerous for the country, and unfortunately Tamil Nadu has been witnessing a hysterical form of hero worship for the past many decades.

If one goes deep into his speech on December 31, Rajinikanth exhorted his supporters to start fan clubs in every village across the state. He introduced an app and asked his fans to register. His politics is not spiritual and not even democratic, it is the “politics of spectacle”. “The spectacle is the ruling order and nonstop discourse about itself, it’s never-ending monologue of self-praise and it’s self-portrait at the stage of totalitarian domination of all aspects of life”.

MGR used his films for his politics. But Rajinikanth is trying to convert politics into a film. In Tamil Nadu, where cinema is another form of religion, heroes want to be gods. The symbols and images cunningly used by Rajinikanth prove his wish. He is not a man for change and by avoiding social issues he indirectly supports the status quo.