Centre can intervene in SYL matter

At one point, the Punjab government even began to acquire land for the construction of the SYL canal. 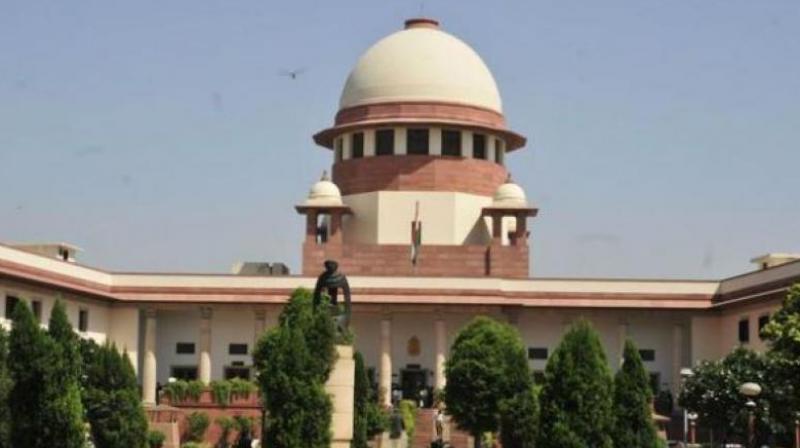 It is a pity that in India we are seeing water wars between states, with territories that are upper riparian intent on denying water to lower riparian states. We saw this in the case of Karnataka and Tamil Nadu recently, and now we have the case of Punjab and Haryana. In both, the Supreme Court is being sought to be flagrantly disregarded. On Thursday, the river waters dispute between Punjab and Haryana burst into the public domain yet again, with the top court effectively upholding Haryana’s demand for waters of Ravi and Beas. This immediately led to a flurry of political activity. Congress MLAs resigned from Punjab Assembly. Pradesh Congress president Captain Amarinder Singh, who is likely to be the chief minister if his party wins the Assembly election next year, resigned his Lok Sabha seat. Not to be outdone, the ruling Akali Dal, through the means of an Assembly resolution, has sought to tell all concerned that Punjab has no water to spare.

In short, the Congress and the Akali Dal are not really thinking water for Punjab farmers, but votes in the poll-bound state for which water is being turned into an emotive issue. Based on earlier agreements, Punjab was to share Ravi and Beas waters with not only Haryana but also Rajasthan, Chandigarh and Delhi through the building of the Sutlej-Yamuna Link (SYL) canal. This was also part of the accord signed in 1985 between Prime Minister Rajiv Gandhi and Sant Harcharan Singh Longowal, the stalwart Akali leader who was killed by terrorists within a month of the signing of the accord. At one point, the Punjab government even began to acquire land for the construction of the SYL canal. In 2003, a judgment of the Supreme Court also gave its sanction to water-sharing, but the following year, when Captain Singh was the CM, Punjab Assembly enacted a legislation denying water to other states.

In the wake of this, the President made a reference to the Supreme Court under Article 143 of the Constitution to ascertain the legal viability and constitutionality of the Punjab enactment. It was this which was answered on Thursday by a five-judge bench, which held that the 2004 Punjab law breached constitutionality. Besides, it was also in disregard of principles of federalism. In the ordinary course, a state government would have been required to uphold the apex court verdict with alacrity. But the Akali Dal regime fears being politically outflanked by the Congress shortly before the state polls. Can the BJP at the Centre play a constructive role by counselling the Punjab government, in which it is an ally, not to engage in competitive populism and to honour the SC verdict?