Gargy, who stays in Cuttack and works as a Zumba trainer, is a reputed Odissi dancer. 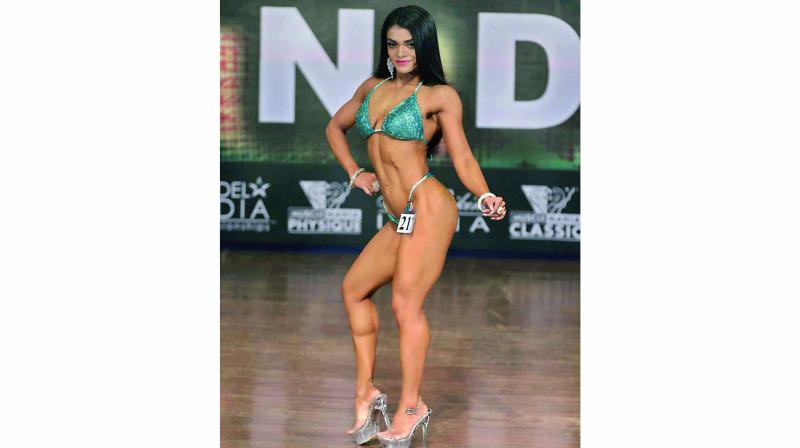 BHUBANESWAR: Gargy Nayak, an acclaimed Odissi dancer of Odisha, has proved that females can also excel in the traditionally male dominated sphere of bodybuilding as she made everyone proud by clinching the Musclemania India Championships title in her first attempt.

After four months of rigorous training, Gargy, who hails from Bhawanipatna in Kalahandi district, recently defied strong competitors from across India to bag the title.

The championship was held in Mumbai.

On her achievement, an elated Gargy on Monday said, “I started preparation for Musclemania India Championships in 2019. The competition was organised on December 8 and I participated in the Ms Bikini All Indian Championship category in Mumbai. After winning the title, I took part in the Asia Championships in Singapore on December 14 and secured place in the top 5.”

Gargy, who stays in Cuttack and works as a Zumba trainer, is a reputed Odissi dancer.

However, she got gradually inclined towards bodybuilding a few years ago after seeing many youths at the gym prepare for Musclemania and soon made up her mind to try her luck.

On her future, she says “I feel very happy after winning the title. Now, my main aim is to promote female fitness in Odisha.”

Expressing happiness over Gargy’s achievements, Bikram Sahu the gym trainer who coached her said: “I only instructed her to keep proper diet and guided her in the training but her hard work and determination to succeed with passion is enviable . If she could succeed, other girls would also get motivated from her story.”