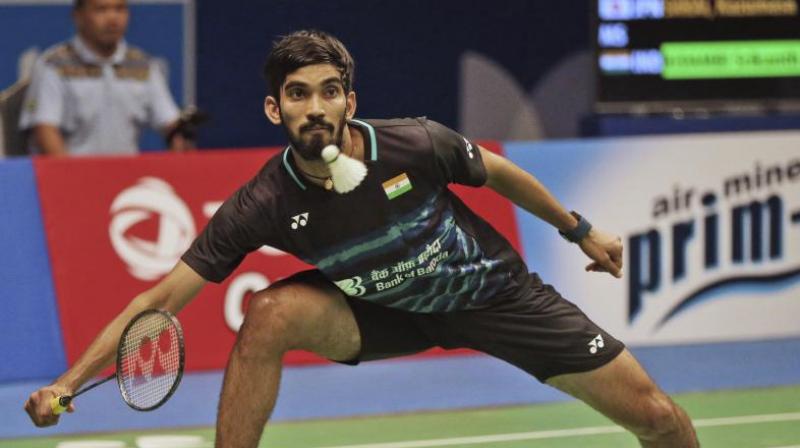 When asked if there is chance for him to climb to the top spot, the 24-year-old replied in an affirmative matter. (Photo: AP)

New Delhi: Indian star and world number 2 Kidambi Srikanth has to wait to clinch his fifth super series title of the year, as the shuttler has pulled out from the China Open Super Series, beginning in Fuzhou on November 14.

Srikanth has withdrawn from the series in the wake of an injury.

Talking to ANI, he said, "There is muscle strain and my doctor has suggested me to take at least one week rest. So this is the reason I am not playing the China Open."

When asked if there is chance for him to climb to the top spot, the 24-year-old replied in an affirmative matter.

"Yes. But with the injury, I can't manage the upcoming tournament. So I need to take rest and recover."