For Srikanth, who has also had a strong year, though current world no. 1 Viktor Axelsen of Denmark has been something of a bugbear in his plans. 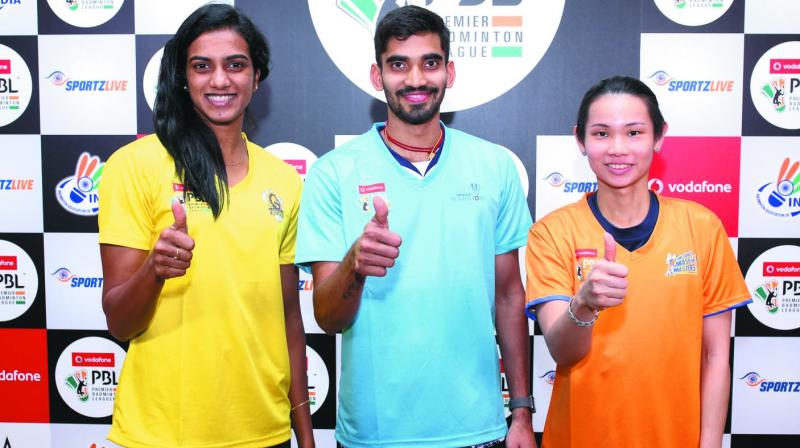 Kidambi Srikanth, currently world number four and P.V. Sindhu, women’s world number three will be up against a top class field, and both know they will have to perform at peak efficiency to make a mark. “The draw will come only tomorrow, but that will make no difference to the levels of competition,” Sindhu told a group of visiting journalists here on Sunday.

“Each match will be crucial. One has to be focused and to give one’s best for every point. We have all played each other this year many times so it’s just the player who is better on the day is going to win.

“I have come close in the past. This time I feel I can do better. I’ve learnt a lot from my mistakes. At times, you feel frustrated when you make a mistake and let that affect the game. It’s important to get out of that mindset as quickly as possible and focus on playing every point, actually every shot in a point without letting past errors affect your judgement,” the Rio Olympic silver medallist pointed out.

“I’ve had a good year overall. I would like to finish on a good note and thereafter focus on the Premier Badminton League that is next at home in India.”

Added world no. 1 Tai Tzu Ying of Chinese Taipei, “This has been my best year so I am hoping to carry on that form here in Dubai. I’ve been working hard, enjoying my game and though it has been a long season, all my hard work has paid off.

“My performances have been pretty stable so I want to give my best here as well. After this is the PBL in India and I am looking forward to that also.”

For Srikanth, who has also had a strong year, though current world no. 1 Viktor Axelsen of Denmark has been something of a bugbear in his plans, it has been a good run. “I’m happy with the way the last year has gone. I started slowly but a lot of good things happened after that. I’ve really done well, though I had to take a break in the last two tournaments.

“Here at the super series finals it will be tough but I really want to do well. I’ve had good wins through the season and that should help cope with this tough format where each match is vital,” he added.