In the women’s singles, P.V. Sindhu will also have a tough task irrespective of whether she plays world no. 7 He Bingjiao or world no. 6 Sun Yu. 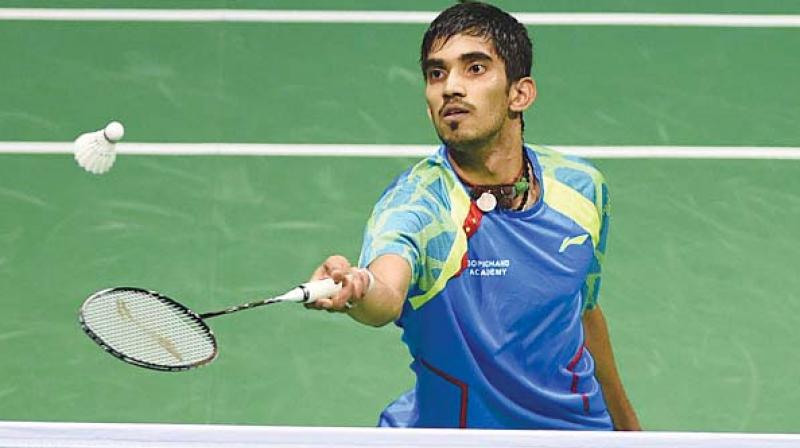 Gold Coast (Australia): Having booked a spot in the knockout stage of the Sudirman Cup, India will have to play out of their skins to break the Chinese wall in the quarter-finals here on Friday.

This is only the second time that India have managed to reach the knockout stage, following a quarter-final finish in the 2011 edition when they lost to China 1-3.

It will be the mighty Chinese once again who stand between India and a medal at the prestigious tournament, which will not figure Indonesia in the last eight for the first time in its 28-year history.

China have two-time Olympic champion Lin Dan and reigning Rio gold medallist Chen Long in their ranks and it will take a gigantic effort from India to get across them in the men’s singles.

Only Kidambi Srikanth has ever beaten Lin Dan en route to his title triumph at the 2014 China Open and he will need to be at his best to outdo the Chinese.

In the women’s singles, P.V. Sindhu will also have a tough task irrespective of whether she plays world no. 7 He Bingjiao or world no. 6 Sun Yu.

World no. 5 Sindhu had lost to Bingjiao at the Asia Championship last month, while the Hyderabadi has a 3-4 record against Sun, who had beaten the Indian at the Dubai World Superseries Finals last year.

Women’s world no. 4 doubles pair of Chen Qingchen and Jia Yifan and the makeshift combo of Bao Yixin and Tang Jinhua have done the job for China and it will be an interesting contest for Ashwini Ponnappa and N. Sikki Reddy, who have shown the stomach to fight.

In the mixed doubles, Ashwini and young Satwiksairaj Rankireddy too have dished out a gritty performance in the event so far and now face world no. 2 Lu Kai and Huang Yaqiong if they are fielded by China.

In the other quarter-final, Japan face Malaysia.

Thailand, S. Korea through to semis
Jongkolphan Kititharakul and Sapsiree Taeratta-nachai clinched a semi-final berth for Thailand with a final match win over Denmark.

Jongkolphan and Sapsiree handled the pressure to beat Kamilla Rytter Juhl and Christinna Pedersen 21-15, 21-12 in 44 minutes to get the Thais home 3-2 to claim only their second semi-final at the event.

South Korea won the other quarter-final against Chinese Taipei 3-1 and face Thailand in semi-finals.