Apart from Saina Nehwal other shuttlers had an easy outing in the first round . 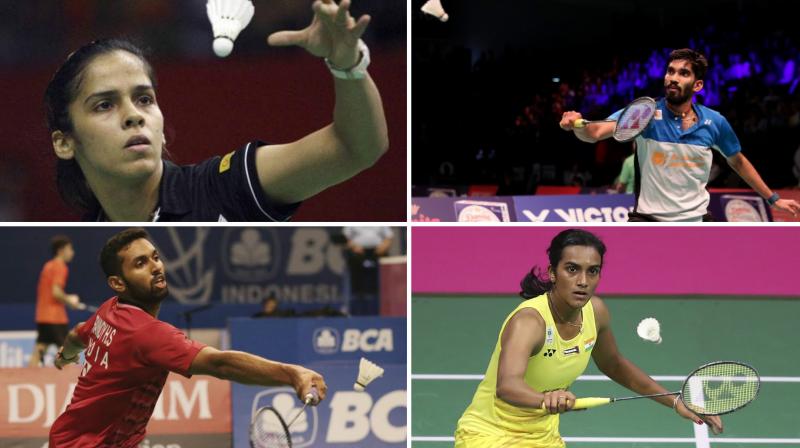 Paris: The opening day of the French Open ended on a positive note for the Indian contingent as the ace shuttlers advanced into the second round of the Super Series here.

In a head-to-head fight, Rio Olympics silver-medallist P.V. Sindhu staged a 21-19, 21-18 win against Beatriz Corrales of Spain to meet Sayaka Takahashi of Japan in the next round of the French Open on Thursday.

The first day turned out to be not-so-tiring for the newly crowned Denmark Open winner and World No. 8 Kidambi Srikanth as his opponent Fabian Roth of Germany conceded the match to the Indian shuttler after retiring.

Srikanth will now look forward to continue his winning streak when he squares off against Wong Wing Ki Vincent of Indonesia in the next round of the men's singles.

The 25-year-old will now cross swords with Hans-Kristian Solberg Vittinghus of Denmark for a place in the quarter-finals.

In another men's singles clash, B. Sai Praneeth also made it to second round after struggling past Khosit Phetpradab of Thailand 21-13, 21-23, 21-19 in the opening round.

However, the day was upsetting for Glasgow Commonwealth gold-medallist Parupalli Kashyap as his campaign ended in the French Open after receiving a 23-21 18-21 17-21 defeat from Indonesia's Anthony Sinisuka Ginting.

Among other matches, the women duo of Ashwini Ponnappa and N. Sikki Reddy also advanced into the next round scoring an easy 21-12 21-12 win against England's Jenny Moore and Victoria Williams, whereas, men's doubles pair of Manu Attri and B. Sumeeth Reddy's crashed out of the tournament after losing 11-21 13-21 to the Russian pair of Vladimir Ivanov and Ivan Sozonov.