It features the X-Trans CMOS 4 sensor and X-Processor 4 image processing engine to fasten the operation. 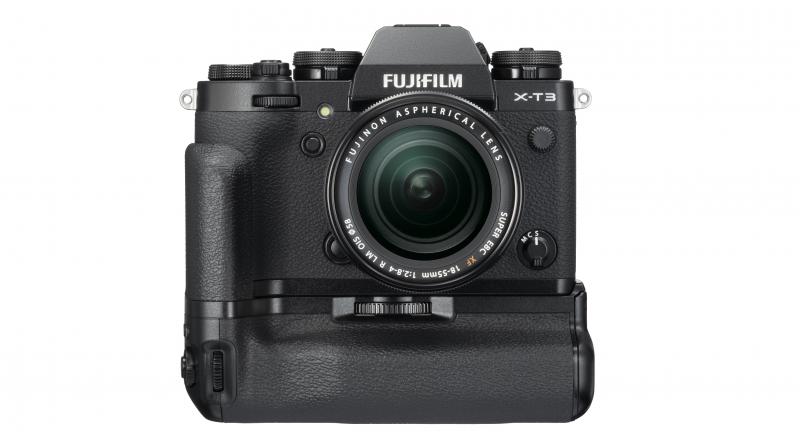 The sensitivity of ISO160, previously available only as extended ISO, is now part of the normal ISO range.

Fujifilm introduced its latest model X-T3 in the X Series mirrorless camera range, to be available in two colors — Black and Silver. It features the X-Trans CMOS 4 sensor and X-Processor 4 image processing engine which is claimed to fasten the operation to a considerable extent. Reportedly, it is also capable of pormptly handling complex image processing tasks such as Fujifilm’s “Color Chrome Effect” and “Monochrome Adjustment” function.

The sensitivity of ISO160, previously available only as extended ISO, is now part of the normal ISO range. It is useful in daylight outdoor shooting or when trying to achieve bokeh with a fast large-aperture lens. The X-Trans CMOS 4 has 2.16M phase detection pixels, more than 4 times compared to current models, increasing the phase detection AF area to the entire frame, as told by Fujifilm.

The performance of face-detection AF on a moving person is said to be doubled over current models. The eye-detection AF supports the AF-C mode for improved focus. It also features a 3.69-million-dot high-resolution EVF with a magnification ratio of 0.75x. The display time lag of 0.005 seconds and refresh rate of approx. 100 fps reportedly ensure smooth display of motions, allowing you to precisely identify subject movements and focus positions

The X-T3 inherits X-T2’s design features such as the positioning of dials on the top panel, central viewfinder style for an added sense of stability, and grip design for comfort. A headphone jack is provided on the camera body so that all accessories required for video recording, such as microphone and HDMI devices can be centrally connected. Terminal cover is removable, providing easy connectivity for HDMI cables, microphones, headphones.