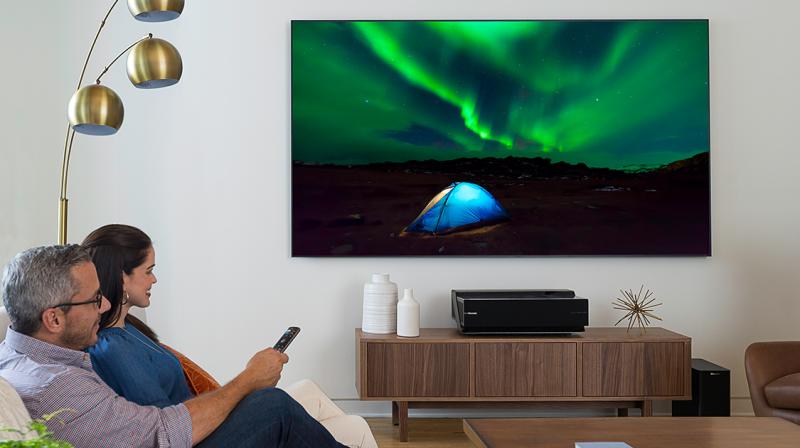 The company says that the laser TV doesn’t require a dark environment and messy cables.

Televisions have come a long way in the past decade — from LCDs to OLED and now with Hisense breaking that path, laser televisions seem to be the future of TVs. Chinese electronics manufacturer Hisense has launched a new 100-inch 4K Ultra HD Smart laser TV (model 100L8D) which is essentially a laser projector with speakers. The home theatre system is priced at Rs $9,999.

The company says that the laser TV doesn’t require a dark environment and messy cables. “The Hisense Laser TV will make you see your walls in a whole new light,” company stated. The laser TV is essentially a short throw projector that uses a 3000 lumens laser light to project over 8 million pixels onto a 100-inch anti-reflective screen, which is noticeably thin and lightweight. It is powered by a DLP chip made by Texas Instruments. 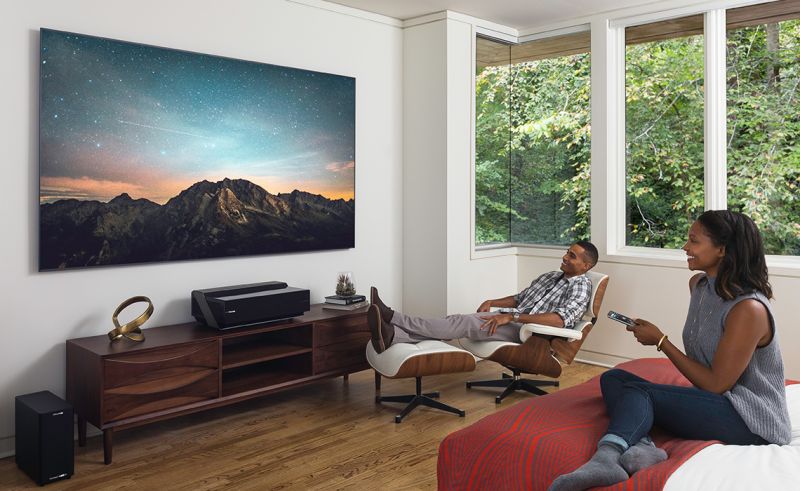 The built-in 110 watts Harman Kardon audio system comes with four speakers — two on either side. It also includes a 6.5-inch wireless subwoofer.  Along with built-in TV tuner, the system also lets users access Netflix, Amazon Video, and YouTube. The company claims that the laser TV delivers incredibly crisp images, showcasing natural colours and adequate brightness in most rooms. The light source is claimed to have a lifespan of 20,000 hours.

The Hisense Laser TV is expected to ship from November 24 to major markets. However, the company hasn’t announced any intention of selling it on the Indian shores.