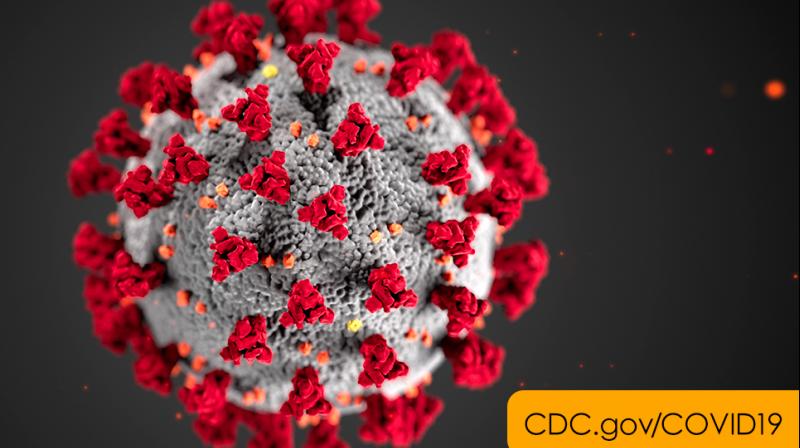 A representation of the structure of COVID-19, released by the United States' Centers for Disease Control ( Photo | CDC)

Chennai: India has been unscathed by the coronavirus scare until now but that's no reason for complacency. Apart from all the screening and quarantine measures it can take, it can also step up its awareness campaign. One of the first steps a government should take is to issue public service announcements cautioning people against fake information.

A scan of new websites by a global cybersecurity firm last month revealed that cybercriminals are exploiting the public’s need to know by targeting them with scams.

One fake website spotted by the firm Check Point Software was vaccinecovid-19.com, created on February 11, 2020 in Russia. It offers to sell “the best and fastest test for Coronavirus detection at the fantastic price of 19,000 Russian rubles (USD 300 or Rs 20,000)," tech website TechCrunch reported.

On Saturday, the United States State Department tracked down as many as 2 million fake tweets about the COVID-19 outbreak, the Washington Post reported on Saturday. That was 7 per cent of the tweets trawled through to check for fakes. It turned out that the more the public googled about COVID-19, the more fake information was being discussed on Twitter.

Much of these were tweets about conspiracy theories claiming that the virus was actually a bioweapon created by the Chinese government or the Bill and Melinda Gates Foundation or that there were predictions decades ago about a deadly virus originating in Wuhan and so on.

Beyond conspiracy theories, the public’s interest in the virus outbreak has galvanised malicious elements into spreading attachments containing Trojan viruses that get downloaded on to the users’ phones and laptops when opened.

The risk in a country such as India where WhatsApp is a popular platform for spreading fake news, is that claims about herbal cures for COVID-19 are doing the rounds, riding on the trust that people have in the traditional Ayurvedic system of medicine.

India is still among the least affected by COVID-19, but there have been hardly any measures in place to prevent the spread of the pathogen.