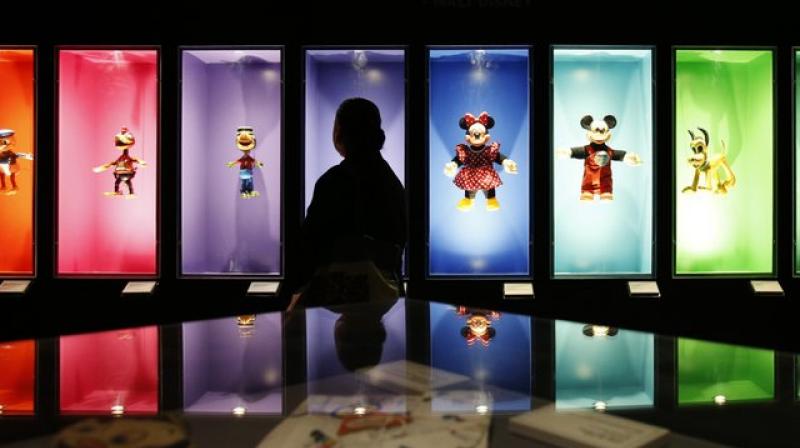 Though a price for the upcoming entertainment service hasn’t been set, Iger told analysts during a conference call that the price will reflect a lower volume of shows and movies. (Photo: AP)

Disney’s upcoming streaming service won’t try to compete directly with Netflix and Amazon, but will focus instead on quality — namely original programs from Disney’s “Star Wars,” Pixar and Marvel brands.

The details from Disney CEO Bob Iger came as Disney reported a growth in earnings for the latest quarter, though results missed expectations.

With Comcast out of the bidding war, Disney is planning to move forward with its $71.3 billion purchase of Fox’s entertainment assets, in part to boost a Disney-branded streaming service set to launch in late 2019. Disney’s shareholders and US regulators have approved the Fox bid. Disney is awaiting regulatory approval overseas.

In a statement, Iger said he was excited about “opportunities ahead for continued growth.”

Disney is building the streaming service as more people switch from traditional cable TV bundles to streaming online though services like Amazon and Netflix.

Disney just launched a $5-a-month ESPN Plus streaming service with sports. If the Fox deal closes, it will have a controlling stake in Hulu, which offers a broad array of programming starting at $8 a month. With the Disney-branded entertainment service, Disney will have more control over its movies and TV shows from creation to distribution. That ultimately gives Disney more data to gauge its audience.

Though a price for the upcoming entertainment service hasn’t been set, Iger told analysts during a conference call that the price will reflect a lower volume of shows and movies. Netflix plans range from $8 to $14 a month.

Launching the streaming services is Disney’s biggest priority next year, Iger said. “There will be a significant amount of support given across all of our assets to see to it that the product launches successfully.”

Some of Disney’s properties, such as the original “Star Wars” trilogy, have licensing agreements already in place with other companies, so they won’t be available, at least initially.

But Iger said that movies Disney plans to release in 2019, including “Captain Marvel,” ″Dumbo,” “Toy Story 4” and “Frozen 2,” won’t be encumbered by licensing deals and can go straight to the service soon after their theatrical releases.

In the fiscal third quarter, Disney’s net income rose 23 per cent to $2.92 billion, or $1.95 per share, from $2.37 billion, or $1.51 per share, a year ago. Excluding one-time items like a benefit from lower federal tax rates, income was $1.87 per share. The average estimate of four analysts surveyed by Zacks Investment Research was for adjusted earnings of $1.97 per share.

Revenue rose 7 per cent to $15.23 billion in the period, short of the $15.49 billion expected by four analysts surveyed by Zacks.

Revenue from the movie and TV production business jumped 20 per cent to $2.88 billion, boosted by a strong box office for “Avengers: Infinity War” and “Incredibles 2.” Disney’s television networks also saw gains, including at ESPN, despite the higher NBA costs and lower advertising revenue.

The one business that saw a drop in revenue was also Disney’s smallest segment, Consumer Products and Interactive Media. Gains in products related to the Avengers weren’t enough to offset lower revenue from “Spider-Man” and “Cars.”

Disney shares have risen slightly more than 8 per cent since the beginning of the year, while the Standard & Poor’s 500 index has risen almost 7 per cent. In the final minutes of trading on Tuesday, shares hit $116.56, an increase of almost 10 per cent from a year ago. In after-hours training, Disney’s stock fell 49 cents to $116.07.