Named Coswara, the project uses the same concept being worked upon by an Israeli startup called Vocalis Health 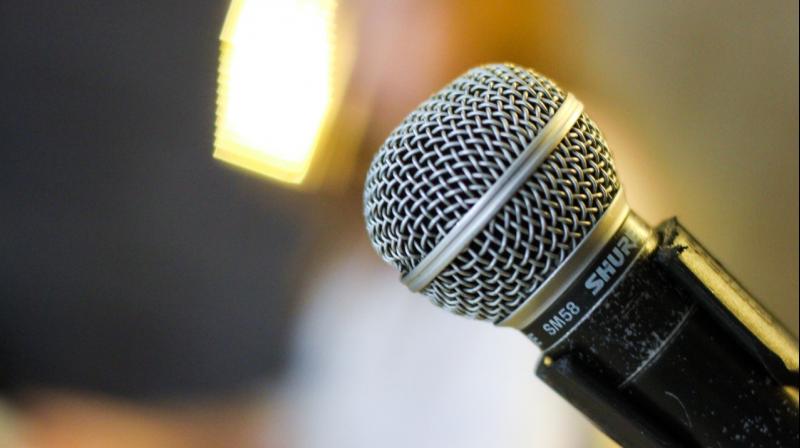 The project requires participants to perform a recording of breathing sounds, cough sounds, sustained phonation of vowel sounds and a counting exercise. The entire response requires about five minutes of recording time.

New Delhi: A team of researchers at the Indian Institute of Science (IISc), Bangalore, is working on a tool for diagnosis of COVID-19 based on respiratory, cough and speech sounds.

Israeli start-up called Vocalis Health, backed by the country’s defence ministry, has already been developing an app with the same concept.

Similarly the IISc tool, once validated, will offer a test which poses minimum risk of exposure to the healthcare professional and can give the results faster than the current testing method.

The eight-member team, has named the project for speech and sound based diagnostics "Coswara", with an aim to detect and quantify biomarkers of the disease in the acoustics of these sounds.

“The project requires participants to perform a recording of breathing sounds, cough sounds, sustained phonation of vowel sounds and a counting exercise. The entire response requires about five minutes of recording time.”

"Along with these recordings, the tool also records the patient's health status as well as age, gender and location, without any personally identifiable information. The audio dataset collected will be released to researchers across the world to develop a potential diagnostic tool using signal processing and machine learning methods," he added.

The project is in the data collection stage and will go through an experimental validation before obtaining full approval as a potential diagnostic tool.

In a similar project, a computer scientist Matt Whitehall at the University of Washington, is soliciting volunteers to record themselves coughing. The data Whitehill is collecting will be used to train an algorithm that detects and counts coughs in patients recovering from COVID, Slate reported.

"Given the highly simplistic and cost-effective nature of the tool, we hypothesize that even a partial success for the tool would enable a massive deployment as a first line diagnostic tool for the pandemic," the IISc researcher said.

“The project is not aimed to replace the chemical testing or the imaging methods but to merely supplement those with a cost-effective, fast and simple technique.”