The embassy has also put an exhibition of photographs in front of the building capturing the important events from his life and messages. 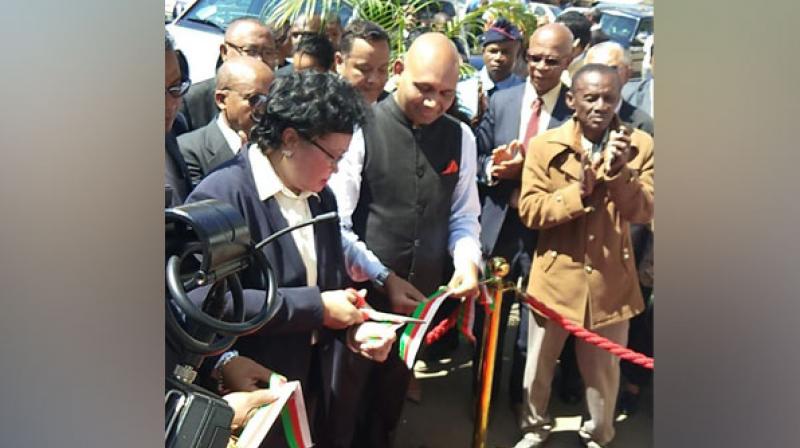 Antananarivo: A restored commemorative plaque of the Mahatma Gandhi road in Antananarivo was jointly unveiled on Monday by the Indian High Commissioner to Madagascar Abhay Kumar and city's Mayor Lalao Ravalomanana to mark the 150th birth anniversary of the Mahatma.

"Ambassador had the pleasure of inaugurating the restored plaque of #MahatmaGandhi Road in Antananarivo #Madagascar today along with the Hon'ble Mayor of Antananarivo Mrs. Lalao Ravelomanana to celebrate 150th birth anniversary of Mahatma Gandhi this year," India in Madagascar & Comoros tweeted.

The road was named after Mahatma Gandhi in 1969.

Fondly called Bapu (father), Gandhi was born on October 2, 1869, and played a key role in the Indian Independence movement. His principles of non-violence, civil-disobedience and satyagraha inspired leaders in Africa in their struggle for the decolonisation of their countries. Gandhi's birth anniversary is celebrated as the International Day of Non-Violence.

The embassy has also put an exhibition of photographs in front of the building capturing the important events from Bapu's life as well as his messages which are still relevant in the contemporary world.

The celebration of 150th birth anniversary of Mahatma Gandhi will continue till 2nd October 2019.