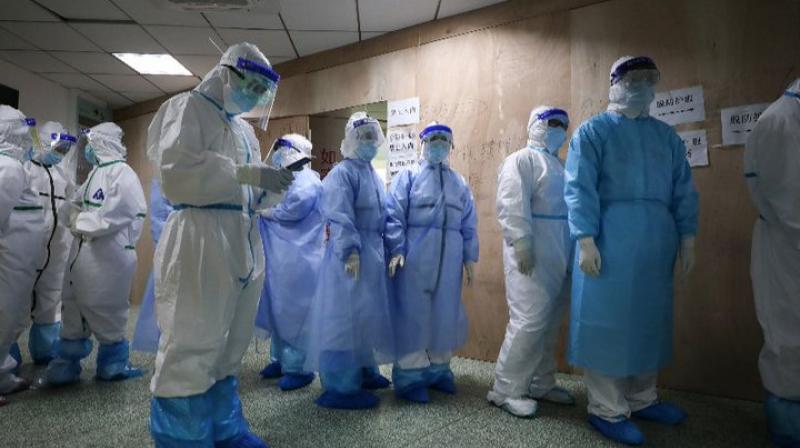 Washington: Two US lawmakers on Wednesday were confirmed positive of the coronavirus as the number of deaths due to the deadly virus crossed 150 in America, while about 10,000 people have been infected.

Republican Congressman Mario Diaz-Balart from Florida became the first American lawmaker to have tested positive for the coronavirus, a deadly disease for which the health community is struggling to find a vaccine and a treatment.

According to his office, Diaz-Balart developed symptoms, including a fever and a headache, last Saturday and on Wednesday he was notified that he has tested positive for the Covid-19.

Diaz-Balart has quarantined himself in his apartment in Washington DC.

"I want everyone to know that I am feeling much better. However, it is important that everyone take this extremely seriously and follow CDC guidelines in order to avoid getting sick and mitigate the spread of this virus," he said in a statement.

"We must continue to work together to emerge stronger as a country during these trying times," Diaz-Balart said.

"My symptoms got worse and I developed a fever, a dry cough and laboured breathing and I remained self-quarantined. On Tuesday, my doctor instructed me to get tested for Covid-19 and following his referral, I went to the local testing clinic for the test. Today I learned that I tested positive," McAdams said.

"I am still working for Utahns and pursuing efforts to get Utahns the resources they need as I continue doing my job from home until I know it is safe to end my self-quarantine. I'm doing my part as all Americans are doing to contain the spread of the virus and mitigate the coronavirus outbreak," he said.

The report of the two Congressmen testing positive for coronavirus came as the deadly virus spread to all the 50 states of the US with confirmed infection of nearly 10,000 people. At least 150 people have died so far from the coronavirus in the US.

Health experts fear the number to increase significantly in the coming days and weeks.

President Donald Trump has declared a national emergency and on Wednesday he roped in the country's military to address the once-in-a-century public health challenge.

The Department of Defense would not only manufacture critical things like masks and ventilators, but also has deployed two massive naval ship helicopters one in New York and the other in West Coast in California.

Trump, who has been holding daily news conferences, is coming out with a massive over a USD 1 trillion stimulus plan to economically help out every section of the society and businesses.

California, New York and Washington are the three states badly hit by the coronavirus.

In California, more than eight million people, mostly in the Indian-American dominated areas of the Silicon Valley, have been asked to stay indoors. Similar measures have been announced in various parts of New York and Washington.