Brett Kavanaugh hearing: Can you be 'very, very certain' -- and wrong?

Brett and Ford, woman who says he sexually assaulted her decades ago, both say they are convinced their recollections of past are correct. 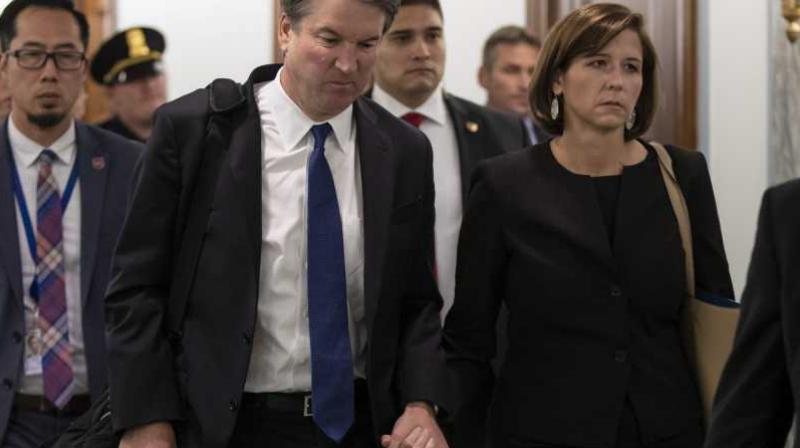 Washington: US Supreme Court nominee Brett Kavanaugh and Christine Blasey Ford, the woman who says he sexually assaulted her decades ago, both say they are convinced their recollections of the past are correct.

But the stories do not match. How can one square the circle?

Elizabeth Loftus, a cognitive psychologist and professor at the University of California, Irvine, says it's possible that both are entirely sincere.

Loftus has spent decades researching human memory, and how those memories can change based on suggestion and other factors -- notably in the legal context. She offered the following thoughts to AFP on the Kavanaugh hearings:

Q: Is it possible that both witnesses are sincere?

A: "Absolutely. Certainly she came across as very credible and sympathetic, with most people wanting to believe her, and she seems to definitely believe what she is saying.

"He came across very angry and belligerent, and that is to be expected by someone who is convinced that he is being falsely accused.

"If he did do this, and he has no memory of it because it was so long ago, because maybe he was drinking more than usual and he forgot about that, he could honestly believe his denials."

Q: How commonly can a person misremember details of a real event?

A: "That would be very common. When you have an experience, especially a very upsetting experience... you often remember the core of the event -- you know it was an airplane crash and not a huge fire, and you can remember certain core details, but often many of the peripheral details will suffer.

"And then memory changes over the course of retelling with different audiences -- with the exposure to new information, other details can change.

"We have done studies where we show people an accident -- where a car goes through a yield sign and we suggest later it was a stop sign -- and many people will tell us they remember seeing a stop sign.

"Changing the details of an actual memory is a relatively easy thing to do. And it can happen spontaneously."

Q: Does it make a difference if someone says they are 100 per cent sure?

A: "Sometimes people are very, very certain and wrong. In DNA exonerations, you will find many instances where people start out being uncertain... they'll look at some photos and say, 'Well, that one looks the closest, I guess.'

"But by the time they get to trial, they've become vastly more certain, and therefore more persuasive.

"So you see in these cases how someone who is now very certain, was once not so certain. In those cases, we need to ask what made them become so certain."