The protest, demanding resignation of the newly appointed minister, follows a smaller one outside the interior ministry itself 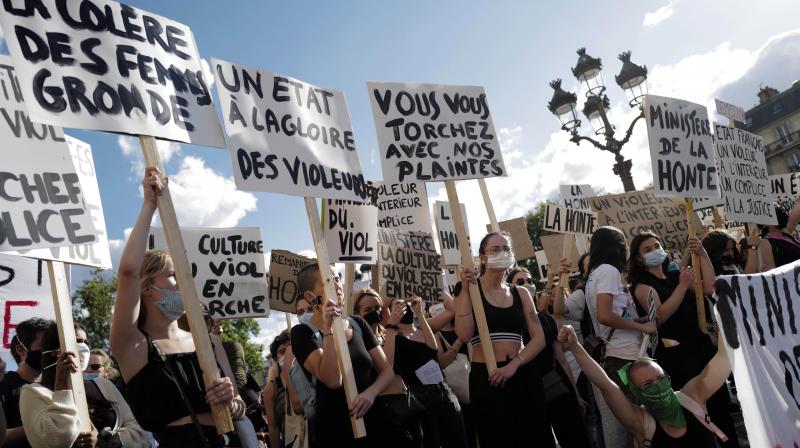 Women's rights activists protest against French President Emmanuel Macron's appointment of an interior minister who has been accused of rape and a justice minister who has criticized the #MeToo movement, in front of Paris city hall, in Paris. (AP)

Paris: Hundreds of women protested in central Paris on Friday against the appointment of Interior Minister Gerald Darmanin, who is under investigation for a rape allegation.

Darmanin, who denies the allegation, was promoted to the key post of interior minister in a government reshuffle on Monday. Darmanin, 37, had previously served as budget minister.

Demanding his immediate resignation, the women waved placards with messages such as “Sexist government, feminist riposte”. Their protest follows a smaller one outside the interior ministry involving a few dozen women on Tuesday.

A judge dismissed the case against Darmanin two years ago, but last month the Paris appeal court ordered the reopening of an investigation into the rape allegation, a judicial source has told Reuters.

The government has said the investigation against him was no reason to block his appointment.

The court decision means that an investigating judge will now decide whether there is a case to pursue with a formal investigation, after it was previously dismissed after just a preliminary probe.