The move came three years after France lifted a 30-year ban on bisexuals donating blood, on condition they abstain sex for a year. 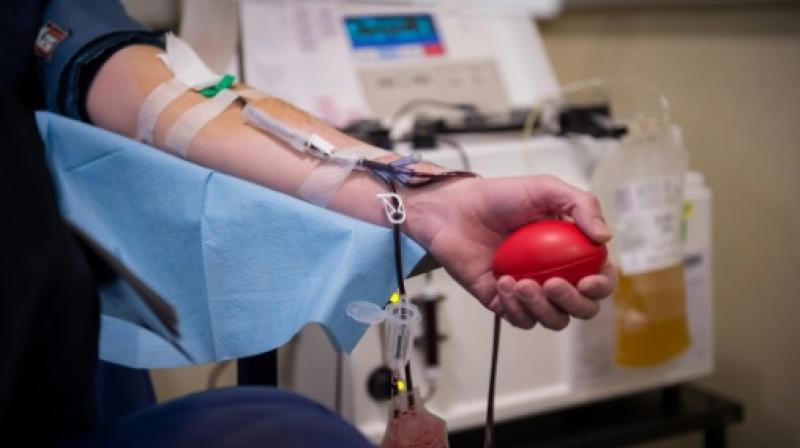 According to the latest public study in France, opening up blood donations to gay donors in 2016 has not increased the risk of HIV transmission via blood transfusion. (Photo: AFP)

Paris: Gay rights groups said on Thursday they had filed a complaint with the European Commission alleging discrimination by France over its ban on blood donations by gay men unless they abstain from sex for a year beforehand.

The move came three years after France lifted a 30-year ban on gay and bisexual men donating blood, on condition they practise sexual abstinence for 12 months to guard against HIV transmission.

The complaint was lodged Thursday with the commission in the hope that the policy will be formally recognised as illegally discriminating on the basis of sexual orientation.

Until July 2016, gay and bisexual men had been completely barred from donating blood under a ban which went into force in 1983 shortly after the HIV virus was discovered. It is a sensitive issue in France, where hundreds of people died in the 1980s after HIV-tainted blood was distributed by the national blood transfusion centre.

This law "creates legal uncertainty for LGBT individuals because it makes possible discrimination on the basis of sexual behaviour”, said Etienne Deshoulieres, a lawyer representing both the groups and an individual named in the complaint, who is identified only as "Maxime".

Earlier this month, Maxime went to give blood at a centre in the Paris suburbs, and while giving his details, said he had been in a relationship for 18 months. "The doctor told me that was problematic, that I couldn't give blood," he told AFP, saying he was advised to make a plasma donation instead, given that he had only had one sexual partner for the past four months.

"I felt humiliated," admitted Maxime, a former member of the security forces who has also filed a complaint with the office of France's human rights defender. "We are categorised as both 'gay and banned'."

In response, Stephane Noel, who heads EFS, France's national blood donation service, told AFP it was understandable that a prospective donor "could be disappointed" if turned away.

Doctors working for the service underwent "significant training" in order to explain "with a great deal of sensitivity and respect... why we advise against" certain donations, he said.

Last year, a similar complaint was lodged with the European Court of Human Rights on grounds it undermined the fundamental human rights of gay and bisexual blood donors. "The case is still pending," said Patrice Spinosi, the lawyer who filed the complaint.

According to the latest public study in France, opening up blood donations to gay donors in 2016 has not increased the risk of HIV transmission via blood transfusion.