Denmark reports its first case, toll in Iran climbs to 26 due to virus outbreak 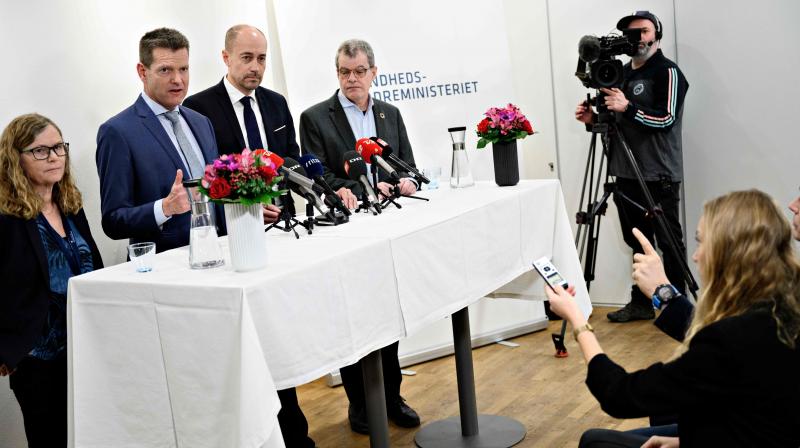 The director of the Danish Patient Safety Board Anne-Marie Vangsted, along with other officials addresses a press conference in his ministry in Copenhagen. AFP Photo

Denmark reported its first coronavirus case Thursday, a man who had returned from a skiing holiday in northern Italy which has become a hotspot for the disease.

“The man who came back from a skiing trip with his wife and son on February 24 has been suffering since then from a cough and a temperature,” Denmark's public health agency said in a statement.

“The man tested positive, but the results of his wife and son are negative,” it said.

The man is relatively well and has returned to his home, where he remains in isolation with his family, it added.

According to public TV station TV2, the man is one of its employees.
Italy has reported 400 coronavirus cases, mostly in the north, and 12 deaths.

Death toll climbs to 22 in Iran

Iran's state-run IRNA news agency on Thursday reported that there are 22 people dead amid 141 confirmed cases of the new coronavirus in the Islamic Republic.

A graphic published on Thursday by the agency shows that the virus has spread to 20 of Iran's 31 provinces.

The hardest-hit among them remained the province home to the holy Shiite city of Qom, with 63 confirmed cases.

Experts fear Iran is under-reporting the number of cases of the new virus as cases across the wider Persian Gulf have emerged in recent days linked back to the Islamic Republic.