Americans will be expelled from Iraq and Syria: Khamenei

Khamenei say America’s actions in Afghanistan, Iraq and Syria had led to them being hated 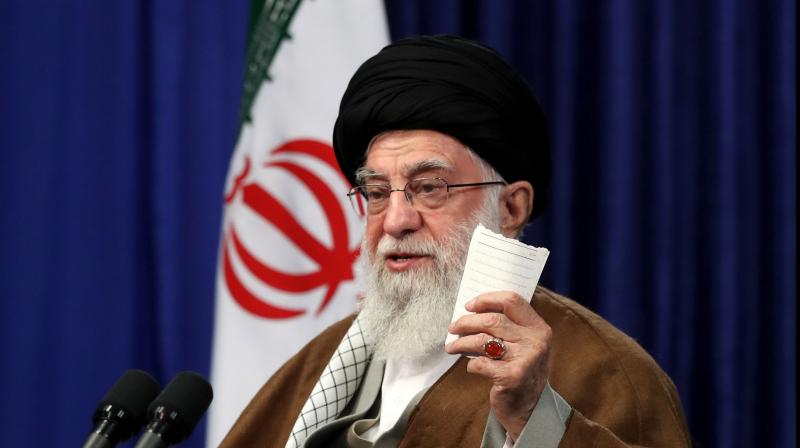 Americans will be expelled from Iraq and Syria, Iran’s Supreme Leader Ayatollah Ali Khamenei said on Sunday, renewing Iran’s demand for U.S. troops to be withdrawn from the Middle East.

Iran almost got into a full-blown conflict with the United States when a U.S. drone strike killed top Iranian military commander Qassem Soleimani in Baghdad on Jan. 3, prompting Tehran to retaliate with a missile barrage against a U.S. base in Iraq days later.

Khamenei said America’s actions in Afghanistan, Iraq and Syria had led to them being hated, according to a transcript of a speech to students published on his website.

“The Americans won’t stay in Iraq and Syria and will be expelled,” Khamenei said.

Last month, U.S. President Donald Trump said he had instructed the U.S. Navy to fire on any Iranian ships that harass it at sea, but said later he was not changing the military’s rules of engagement.

After Trump’s statement, the head of Iran’s elite Revolutionary Guards, Major General Hossein Salami, said that the Islamic Republic would destroy U.S. warships if its security is threatened in the Gulf.