Alek Sigley, 29, who was studying in the North Korean capital, Pyongyang, had been missing since June 25. 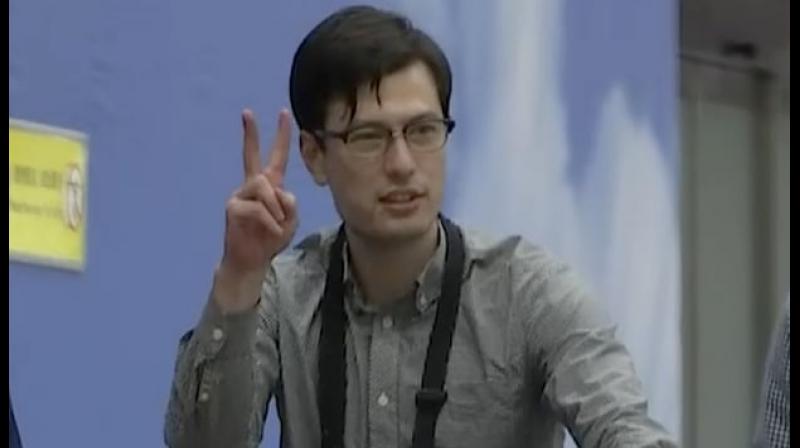 Sydney: An Australian student who was detained in North Korea has been released and has safely left the country, Australian Prime Minister Scott Morrison said on Thursday.

Alek Sigley, 29, who was studying in the North Korean capital, Pyongyang, had been missing since June 25. Alarm was raised when the normally active social media user ceased all communication.

Morrison interrupted Parliament to confirm that Sigley had been freed. He later said in a statement that Swedish authorities had helped secure the student’s release.

“This outcome demonstrates the value of the discreet, behind the scenes work of officials in resolving complex and sensitive consular cases, in close partnership with other governments,” Morrison said in the statement.

He did not say why Sigley had been detained.

Australia has no diplomatic presence in North Korea and relies on other countries such as Sweden to act on its behalf.

Sigley’s father, a professor of Asian studies in the western Australian city of Perth, told reporters his son would soon be reunited with his wife.

“We are extremely pleased that Alek is safe and sound in Beijing,” Gary Sigley said, adding that although he had missed a call from his son, Sigley was in “good spirits” and in the care of Australia’s embassy in Beijing.

An Australian government source familiar with the details confirmed Sigley would soon travel to Tokyo from Beijing. Sigley is married to a Japanese woman, Yuka Morinaga.

Sigley had been studying for a postgraduate degree in modern Korean literature at Kim Il Sung University, according to his Twitter page, one of only a handful of Western students study there.

The treatment of foreigners, most usually from the United States, by the secretive North Korea has long been a contentious issue. Some have been held as prisoner for years on accusations of spying.