Baldev Kumar free to live wherever he wants: Pakistan minister

Yusafzai dismissed Kumar's comments made in India about injustices meted out to minority groups in Pakistan. 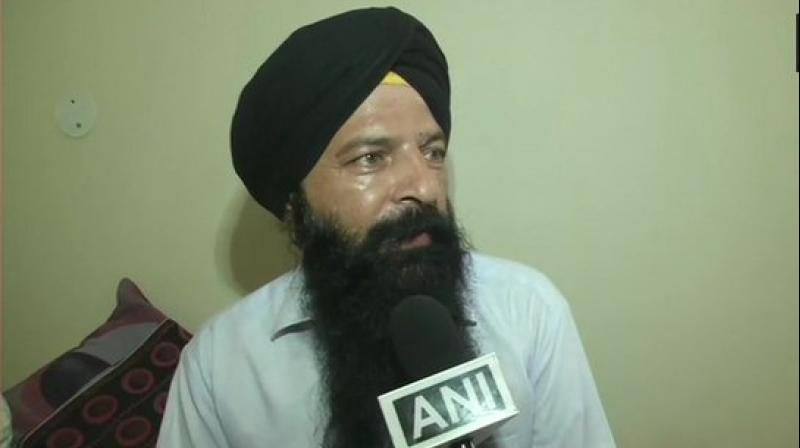 Kumar (43), along with his wife and two children, came to India last month. (Photo: ANI)

Peshawar: A minister in Pakistan's Khyber Pakhtunkhwa on Tuesday said the ruling Pakistan Tehreek-e-Insaf has no objection to former party member and parliamentarian Baldev Kumar seeking political asylum in India.

Kumar (43), along with his wife and two children, came to India last month. They are presently staying at Khanna in Punjab's Ludhiana district. Kumar said he left Pakistan as minorities "were deprived of their rights there".

Speaking to the media, Khyber Pakhtunkhwa Information Minister Shaukat Ali Yusafzai said Kumar was free to live wherever he wanted.

Yusafzai said Kumar has no connection with the PTI as his party membership had been suspended over alleged role in the assassination of Sardar Soran Singh, the special assistant to Khyber Pakhtunkhwa chief minister from 2013 to 2018.

Yusafzai dismissed Kumar's comments made in India about injustices meted out to minority groups in Pakistan.

Earlier in the day, Kumar told reporters in Ludhiana that terrorism is getting support in Pakistan and even Muslims are not safe in the country.

"When Muslims are not secure there, how can the people like me be secure?" the Sikh leader said.