Officials suggest they identified a European strain based on preliminary studies 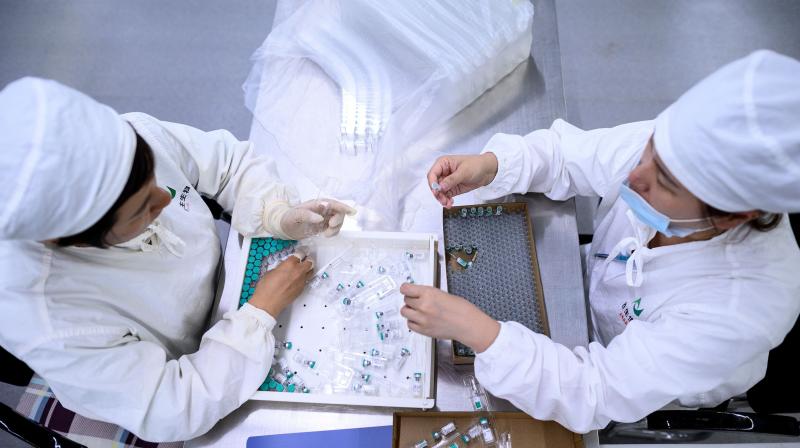 Beijing: China has released genome sequencing data for the coronavirus responsible for a recent outbreak in Beijing, with officials saying on Friday it identified a European strain based on preliminary studies. China, which had been under pressure to make the data public sooner rather than later as COVID-19 cases mount in the country’s capital, said it had also submitted the data to the World Health Organization.

The U.S. administration has blamed the Chinese government for not handling the initial outbreak in central China properly and moving too slowly to contain the epidemic, leading to mounting cases and deaths in the United States.

China has rejected that accusation, saying it wasted no time in releasing information about the epidemic including the genome sequence of the initial coronavirus outbreak in Wuhan.

In the latest Beijing outbreak, the WHO said on Sunday it had been informed by the Chinese of ongoing investigations into the source of the cluster and the extent of the infections. It requested the genetic sequences to be released as soon as possible.

The genome sequencing was published late Thursday, and had also been shared with the WHO and the Global Influenza Data Initiative (GISAID), said the Chinese Center for Disease Control and Prevention (CDC).

Virus genome sequencing is a vital and rapidly-developing tool in the diagnosis of the disease COVID-19 and in understanding the spread and control of the new coronavirus.

That was the same day the Chinese capital reported its first new local COVID-19 infection in months. In the eight days since, Beijing has reported a total of 183 cases, linked to the sprawling wholesale food centre of Xinfadi in the city’s southwest.

“According to preliminary genomic and epidemiological study results, the virus is from Europe, but it is different from the virus currently spreading in Europe,” CDC official Zhang Yong was cited as saying in an article published on Friday by the Central Commission for Discipline Inspection on its website.

“It’s older than the virus currently spreading in Europe.”

Wu Zunyou, the CDC’s chief epidemiology expert, had told state media this week the Beijing strain was similar to Europe’s, although not necessarily directly transmitted from European countries. Wu did not elaborate on those comments made before the genome data release.

The strains found in the United States and Russia were mostly from Europe, he added.

The first cluster of new coronavirus infections was traced to the Huanan seafood market in Wuhan in December. It has since infected almost 8.5 million people globally.

On the origins of the strain that hit Beijing, Wu said it did not originate from the Chinese capital.

“It must be some people or goods outside of the city that carried it into the (Xinfadi) market,” Wu said in a state television interview aired on Friday.

“It’s unclear who, or what kind of goods, had brought the virus into Beijing.”

Food wholesalers and retail stores in Beijing have stepped up testing on products including meat and seafood.

With the closure of Xinfadi, Beijing’s biggest wholesale food market, some residents have taken to stockpiling even though authorities have promised adequate supplies.