Of politics and vilification of women 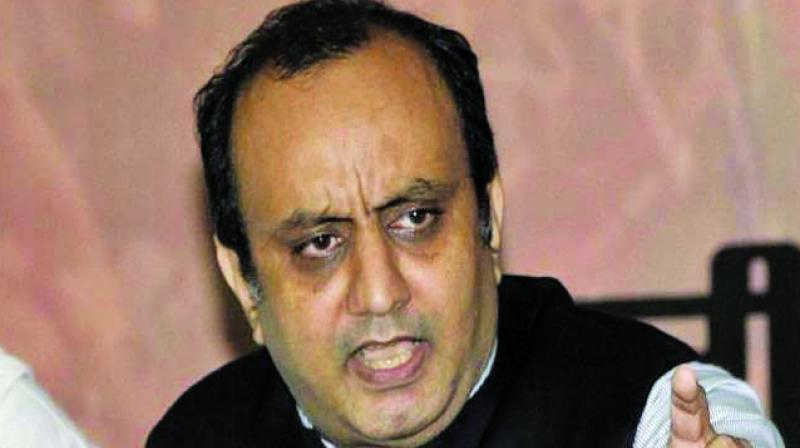 What is it about identity that makes people’s blood boil? It has even led to wars being waged and milli-ons being killed. The Nazi ideology, which prided itself on its Aryan identity, led to the annihilation of 6 million people. Closer to home, the Partition of India led to the largest migration in human history along with untold horrors and bloodshed.

What role have women played in our complicated understanding of identity and who we are? What does identity mean to women? If we are to listen to the BJP, it means nothing. True to his party’s ultra-right wing views, BJP spokesperson Sudhanshu Trivedi went on national television to express just how little women matter in the grand scheme of Hindutva politics.

In our country, there are matrilineal communities where women have played a bigger role than just being child bearers and keepers of the hearth. Using modern methods of research, it has been found that the quality of life for women in these societies is much higher than where patriliny reigns supreme.

Take, for example, the community I belong to, the Khasis of Meghalaya. We are matrilineal, i.e., we trace lineage through the mother; and we are matrilocal, i.e., the man usually moves from his own home to his wife’s home after marriage. How has this impacted our society? As per the census of India 2011, the sex ratio in the state is 986 females per 1,000 males, which is far higher than the national average of 940. Kerala, where the famed matrilineal Nayars reside, has the highest sex ratio in the country at 1084 females per 1,000 males. Haryana, where deep patriarchal and patrilineal norms persist, has the lowest sex ratio in the country at 879 females per 1,000 males. Not to mention that the state is where female foeticide abounds, dowry deaths occur regularly, and female education is dismal.

Enough anthropology for now. Let us look at the Modi government’s favourite domain — economics. They promised development and Achhe Din. Ho-w does dehumanising women impact Achhe Din? Wo-men in India are less likely to work than they are in any country in the G20, except for Saudi Arabia.

Considering Saudi Arabia’s general track record of treating women like property, it is nothing to be proud of. Women in our country contribute one-sixth of economic output — amongst the lowest in the world — and half the global average.

The female employment rate in India, counting both the formal and informal economy, has slid down from an already-low 35 per cent in 2005 to just 26 per cent in 2018. You’d think the economy had tanked for this to happen. In fact, the economy has more than doubled in size and the number of working-age women has grown to 470 million. A rise in female employment rates to the male level would provide India with extra 235 million workers and raise our GDP by 27 per cent. Now that would be Achhe Din. But how will we achieve it if the ruling dispensation makes statements like Trivedi’s? The unrealised contribution of women is one reason we are still so poor as a nation.

Think of it this way, if women are given the benefit of a job instead of a husband (there are more women being domestically abused than there are in jobs), the economy would grow at a potential 27 per cent, children stay in school, and the next generation is more equipped to deal with the workplace. If Trivedi and his ilk can bear the idea of a woman being more than unpaid domestic help, that is. Perhaps sending our PM to Meghalaya or Kerala instead of foreign countri-es will make him see the benefits. Who knows? Even the failed promise of two crore jobs might come true!