The Vikravandi seat fell vacant following the death of the incumbent DMK legislator. 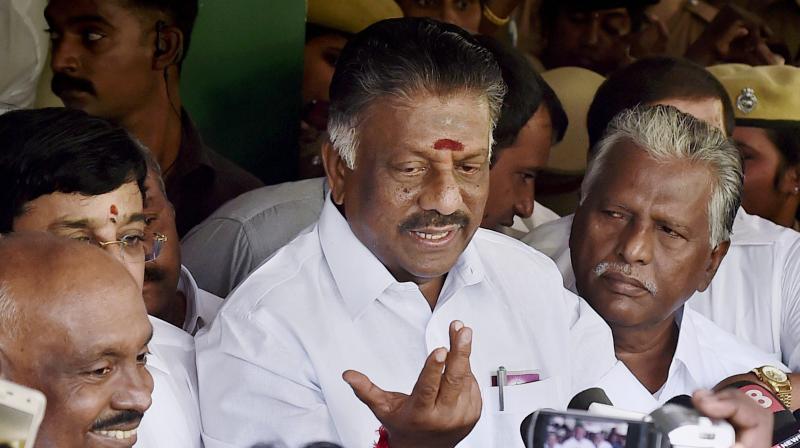 In other States in the country, stand-alone Assembly by-elections are won or lost by the ruling party of the day, depending on a variety of issues, including the choice of the candidate, local issues and conditions, etc. Not in ‘Dravidian’ Tamil Nadu, where over the past nearly a quarter century, the ruling party - be it the incumbent AIADMK of the present or the parent DMK - have been winning all by-elections, barring those that were held along with the Lok Sabha polls earlier this year. If only to stabilise the party’s strength in the State Assembly and requiring a minimum of five seats in a total of 22 bypolls, the ruling party managed to win nine seats. The rival DMK, which all but swept the Lok Sabha seats with a 38-1 tally against the AIADMK led alliance with BJP and others, with the two parties ruling both in the State and at the Centre, took away the remaining 13, breaking the precedents of recent decades.

The question remains: Between the two, who will win the two Assembly by-elections - from Vikravandi in the north and Nanguneri in the deep south. While the ruling AIADMK has kept to the LS poll alliance-deal, and fielded candidates in the two constituencies, the DMK has significantly given away the southern Nanguneri seat to its ally Congress. Incidentally, vacancy in Nanguneri was caused by the resignation of Congress MLA, H Vasanth Kumar, after his winning the native Nagercoil Lok Sabha seat, by an unprecedented margin for the constituency - and against the BJP’s lone Union Minister from the State, Pon Radhakrishnan. The Vikravandi seat fell vacant following the death of the incumbent DMK legislator.

Mixed response
By all reckoning, the by-elections are not going to be easy for the ruling party, with all its allies, which include the PMK in Vikravandi. The latter polled a very respectable 40,000 votes in the 2011 Assembly polls, with the AIADMK taking the second place after the DMK victor. The question remains if the PMK would be able to transfer all those votes to the AIADMK ally this time round, considering that the party has lost some of its natural base in the Vanniar community region since inception close to 25 years ago.

The fact that PMK founder S Ramadoss, along with son and former Union Minister Anbumani Ramadoss called on Prime Minister Narendra Modi a few days ago in New Delhi may signify the continued relevance of the PMK to the BJP Government leader at the Centre, but it can have, at best, a mixed response from the party-sympathetic voters in Vikravandi. For the Vanniar community voters, from the nation’s First General Elections of 1952, have consistently preferred regional and/or sub-regional parties against national parties, first the ruling Congress of the time at the Centre and in the State, and the BJP at the Centre, since.

In southern Nanguneri, the fight is between the Congress, whose candidate, is once again a non-native, while the AIADMK has fielded a local leader. The constituency having voted an ‘outsider’ in Vasanth Kumar earlier, the Congress and the leader of the alliance DMK are not overly concerned. However, after seeking the BJP support after openly seeking it in the light of some State party leaders demanding such an open request, the AIADMK feels more comfortable. Some State BJP social media activists have also introduced an element of religion into the Nanguneri campaign, saying that the Congress has fielded a Christian candidate in a constituency with a substantial Hindu-Nadar and majority Hindu voters.

The irony for the AIADMK is that the party’s PMK ally does not have any votes in Nanguneri and the BJP does not have a base in Vikravandi. For the DMK alliance, Vikravandi does not have too many Congress votes, and for historic reasons. The party’s Dalit-strong VCK ally representing the Adi Dravidar sub-sect, has substantial vote-share in Vikravandi, but it remains to be seen if the VCK can transfer its vote-share to the DMK. In Nanguneri, at the same time, the Puthiya Tamizhagam (PT) ally of the AIADMK in the LS polls, representing the Devendra Kula Vellalar (DVK) sub-sect of the Dalit community, has declared that it was not continuing with the tie-up from the past.

Evenly poised, but...
On paper, thus, the two by-elections are evenly poised, especially considering that two minor ‘independent’ parties, founded by actor-politicians, Kamal Haasan (MNM) and Seeman (NTK), had polled respectable vote-shares for newcomers in what otherwise was a one-sided poll. The AIADMK campaign managers claim that they were all party votes, which got diverted because of the infighting between local and state-level factions within the AIADMK, in the aftermath of Chief Minister Jayalalilthaa’s death in December 2016.

They also rule out ‘internal sabotage’, pointing out that neither Chief Minister Edappadi K Palaniswami, nor Deputy Chief Minister O Panneerselvam, has a base to call his own in either of the two by-poll constituencies. According to them, the AIADMK votes in these constituencies, and also those that went to the breakaway AMMK of TTV Dhinakaran, were all ‘party votes’, better called ‘MGR-Jayalalithaa votes’.  In their reckoning, almost all of the AMMK voters have returned to the parent-fold after Dhinakaran’s poor showing in the LS polls. In a by-election, they argue, those numbers will matter a lot.

Whatever that be, with the State Assembly polls due by May 2021, and given the severe drubbing in the LS polls, and also the poor show in the accompanying 22-seat Assembly by-polls, the ruling party in the State is under absolute compulsion to win the two bypoll seats, and by substantial margin. That is to say, it has to win the Vikravandi seat, especially by a margin that does not provide for the PMK’s support. Else, party strategists feel, the PMK may ‘resort’ to the old game of playing the AIADMK against the DMK in seat-sharing talks for the 2021 Assembly polls.

For the DMK in Nanguneri, local leaders wanted the party to continue with the alliance formula for the by-election. However, party president MK Stalin decided otherwise, and let the Congress, which was holding the seat, to field its nominee, lest it should send out a wrong message, at the national-level. Even the DMK cadres elsewhere, leave aside the Congress, still with a decisive vote-share of minorities and others in the State, may have concluded that the leadership was apprehensive about the BJP ruling the Centre, just as the AIADMK is being charged with, by them.

To an extent the DMK second-line leadership is under test for the Congress to decide on the Assembly poll combine in 2021 - as much as it is the other way round. By the same argument, the MDMK ally in the DMK-led combine too has to be seen as bringing in its votes in Nanguneri to the Congress candidate, the more so if he fails to make the grade even for other reasons.

Instability and worse...
Should the AIADMK lose both seats, or even one of them, once again the talk of an imminent fall of the EPS-OPS duo Government in the State would begin doing the rounds, as it has been through much of the past three years of post-Jaya politics in the State. A lot will depend on the DMK’s willingness to encourage defection from the AIADMK, which the Stalin leadership was seen as being reluctant to attempt through the past months and years, since Jayalalithaa’s death.

The DMK’s logic is that ‘defectors’ from the AIADMK would have a price, and they would not mind going back to the parent body in whatever length of time, between now and the Assembly polls. Having established himself as a stand-alone leader within the party after the demise of father M Karunanidhi in March 2017, Stalin would not want ‘defectors’ to unsettle local DMK cadres and second-line leaders in different parts of the State, more than already. In some cases, he himself had facilitated such ‘defections’ through the past couple of decades, but they were only in districts and constituencies where the DMK second line was acknowledged to be weak.

By winning both, or even one seat, which itself could prove tough for the DMK combine in the two-seat by-polls, against the battery of State ministers camping over there, the leadership seemingly hopes to unsettle the ‘stability image’ that the EPS Government has managed to instil again in the State’s electorate, AIADMK cadres and foreign investors, at least since the five-seat Assembly by-poll victory in the 22-seat round in April.  At the end of it all, this may be worse for the AIADMK during the long run-up to the Assembly polls in 2021, as against a two-seat victory, which does not automatically guarantee cheers through the next 18 months or so.

And for the DMK and Stalin in particular, he cannot be seen by cadres and voters alike that the LS poll sweep was a ‘one-time fluke’ and he is at best a ‘respectable loser’ compared to his late father Karunanidhi. It was under Stalin’s leadership that the DMK for any ‘Opposition party’ in the State, has won the highest-ever tally. In 2001 Assembly polls, the DMK-led combine won 98 of the 234 Assembly seats, next only to the AIADMK’s Congress ally in 1991. The national party won a high of 63 seats in the post-Rajiv Gandhi assassination polls at the time, and Jayalalithaa as the first-time Chief Minister sought only to drive a wedge with Prime Minister PV Narasimha Rao’s leadership through the next five years, and also within the Congress Legislature Party nearer home.