Age on Sunday   05 Aug 2018  Not interested in getting my biopic made, says Akshay Kumar
Age on Sunday

Not interested in getting my biopic made, says Akshay Kumar

In conversation with Akshay Kumar about his personal philosophy, films and the importance of sports. 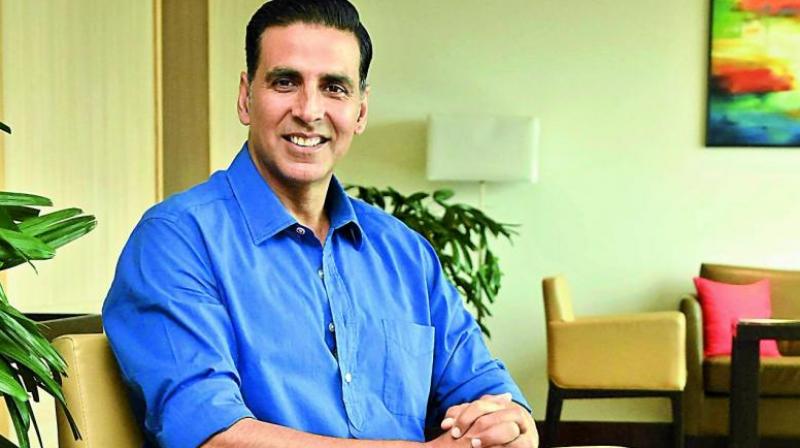 As soon as he steps into the room, Akshay Kumar takes charge and sets the mood by listing the advantages of being an early riser. “Have we not been taught by our parents that we should wake up early? It not only inculcates discipline but also keeps us healthy. As we grow old, we seem to forget the importance of that practice. We start enjoying late nights out with our friends and spoil our habits,” says the actor whose upcoming film Gold is all set to hit the theatres on the Independence Day. In a candid interview, Akshay chats about his children, connecting with the youth and why he prefers doing films on social themes.

On Gold
We all know about eminent personalities such as Mahatma Gandhi, Jawahar Lal Nehru, and Lal Bahadur Shashtri, but there are those whose lives have remained under wraps. People need to know how they have contributed to our country. Until recently, I didn’t know that we played for the British-Indian team against Germany in 1936 and won our first hockey gold medal. Hitler is said to have walked away after that match. He even invited one of our star hockey players to join the German army. After we attained independence in 1947, we played against England and won. Our own flag was unfurled after that victory. I think such wonderful, inspiring stories need to be told rather than getting my own biopic made.

Life lessons from sports
As a kid, I played football on open grounds, learned martial arts at a municipality school in Bandra East and practiced on the road. I also remember playing volleyball with fishermen at the beach. Playing a sport should be compulsory for everyone as it keeps you mentally and physically healthy. In martial arts, you are taught to not hurt anyone. Don't grumble about the facilities or unavailability of playgrounds. All you need to do is to get up early in the morning every day, go to a garden and practice any one sport.

On his children
As a father, I do guide my son and I would love to see him be more disciplined. I have passed on the ethical values that I learnt from my parents to my children. But I always urge parents not to pressurize their children into following certain rules. Aarav is just 15 years old. He has a black belt in karate, and we often go mountaineering. And my daughter Nitara is just five years old. She seems to be fond of running — she’s always running around the house. But she’s too young to be trained in any sport yet.

Building youth connect
I don’t understand what connects me with today’s generation. Maybe they admire me for my discipline or my spontaneity. For example, I don’t believe in giving rehearsed answers before a media interaction as that may make me lose my naturalness. What's in my heart is on my tongue.

On bringing change
Stardom is something that you may have today and then lose tomorrow. Don’t take it for granted, but don’t take it too seriously either. Respect it, and work hard and honestly so that you don’t have any regrets later. I am lucky to be associated with unique stories such as Pad Man and Airlift. I want to do films that can bring about a positive change. These films have been able to change people’s mindset, which makes me happy and proud. Today, girls are not afraid of going to the toilet holding a pad. It is a natural process, and they shouldn’t have to shy away from openly safeguarding their hygienic interests. Also, the rate of construction of toilets in India has increased. Every man in the villages of India is now aware that if he wants to bring a wife home, there needs to be a toilet inside the house.