Rytasha first made her mark on the TV series, Badho Bahu, where she played a plus sized wrestler 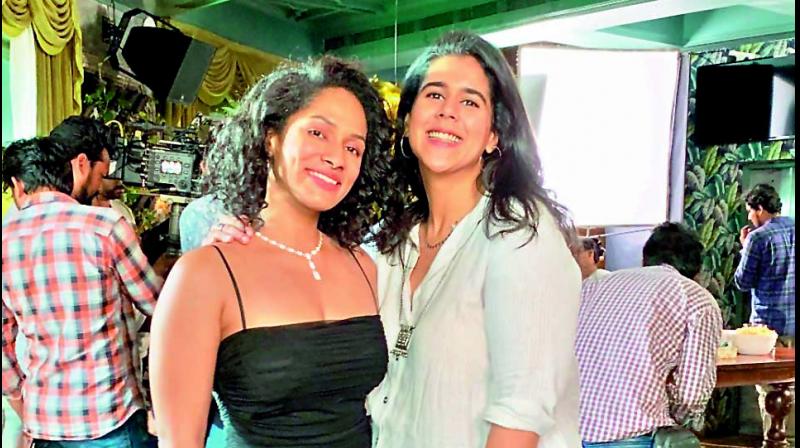 While the onscreen rapport between Masaba and Gia maybe the culmination of acting chemistry, in real life, these two ladies are not personal friends.

Masaba Masaba, the Netflix series threw up a lot of surprises.

Besides Neena Gupta and her real-life daughter Masaba’s intangible bond that translated into crackling onscreen chemistry, there was another character, who impressed us with her role as Masaba’s bestie Gia.

Rytasha Rathore, who played the role of Masaba’s lovable pal with body issues, nailed the character with a sensitive performance.

The most obvious question to ask her would be if Gia is inspired by Masaba’s real life bestie, Pooja Dingra.

“Of course, at first everyone assumes that Gia is Pooja Dhingra. It’s kind of written that way but I didn’t particularly base Gia on any real-life person. I think Gia encapsulates the essence of all the female friendship roles we play,” says Rytasha, who auditioned for this role, even as the character was still being evolved.

“The audition script was more of a loose guideline. Which was great for me because I got to add in my own pizzazz to the role. I really related to the character so it came through very organically at the audition itself. I guess they saw that and made the best decision to cast me,” she says somewhat modestly.

While the onscreen rapport between Masaba and Gia maybe the culmination of acting chemistry, in real life, these two ladies are not personal friends. “We had a very comfortable professional relationship on set.