Mumbai: Ranbir Kapoor, who turned 34 yesterday, is extremely busy with ‘Ae Dil Hain Mushkil’ promotions and shooting for his upcoming comedy-drama ‘Jagga Jasoos’. But the star took out time to bring in his 34th birthday with his friends from the industry. Apart from Aditya and Arjun, ‘Barfi!’ director Anurag Basu was also present for the chocolate boy’s birthday celebrations.

According to reports, both Arjun and Aditya not only visited the superstar at 11:30 P.M but also spent time with Ranbir till 1 in the morning. 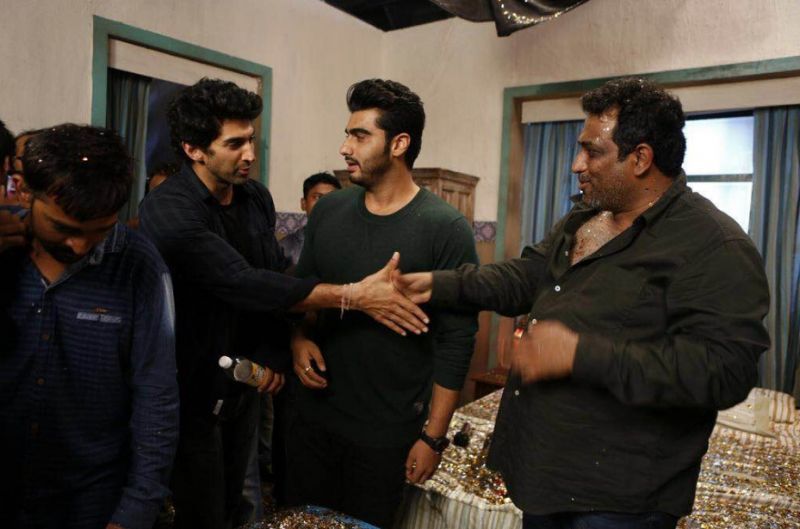 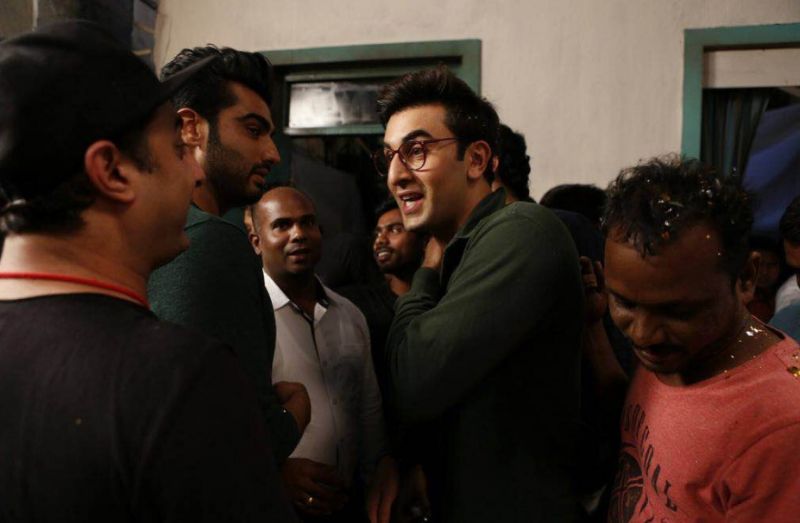 Ranbir in conversation with Basu and Arjun.

Considering the fact that Ranbir is a football fan, the crew got him a football shaped cake. A source was reported saying, “Since Ranbir is a soccer fan, the unit had arranged for a customised football-shaped cake. Composer Pritam who was in Lisbon for Shah Rukh Khan and Anushka Sharma’s The Ring flew down early to be a part of the celebrations.”