SRK-Gauri Khan hop onto 25th year of marriage, to celebrate in the lap of nature
Entertainment, In Other News

SRK-Gauri Khan hop onto 25th year of marriage, to celebrate in the lap of nature

Married for quarter of a century, the couple ditches mainstream ways of celebration for lone time together.

Married for quarter of a century, the couple ditches mainstream ways of celebration for lone time together.

: While this couple has always adorned the pages of leading newspapers and magazines with tales of their ‘straight-out-of-a-movie’ romance and their unruffled marriage, reaching the 25th year benchmark will see them romancing away in a foreign land with their munchkin AbRam.

This power couple will be ringing in their marriage anniversary with a small party on the sets of ‘The Ring’ with the crew and a couple of friends. Both SRK and Gauri will be spending this memorable day with the youngest Khan scion AbRam somewhere amid the beautiful countryside of Spain.

“A wedding cake has been ordered and there will be live musicians to bring in the special day,” revealed an insider.

The teenage sweethearts, who dated for six years before finally tying the knot on October 25 1991, will be hosting a grand double party for Diwali and reaching this glorious milestone in their marriage.

Considering King Khan’s mammoth popularity, it comes as no surprise that fans of this dimple-chinned prince are gathering in Spain from all parts of the world to mark this special occasion in their favourite star’s life.

His older kids, Suhana Khan and Aryan Khan will not be present to witness their parents usher in in a new year of togetherness.

Like any other ordinary couple, SRK and Gauri Khan are not immune to marital issues and had faced their share of what we call as ‘a bad phase’ but have always managed to emerge victorious. 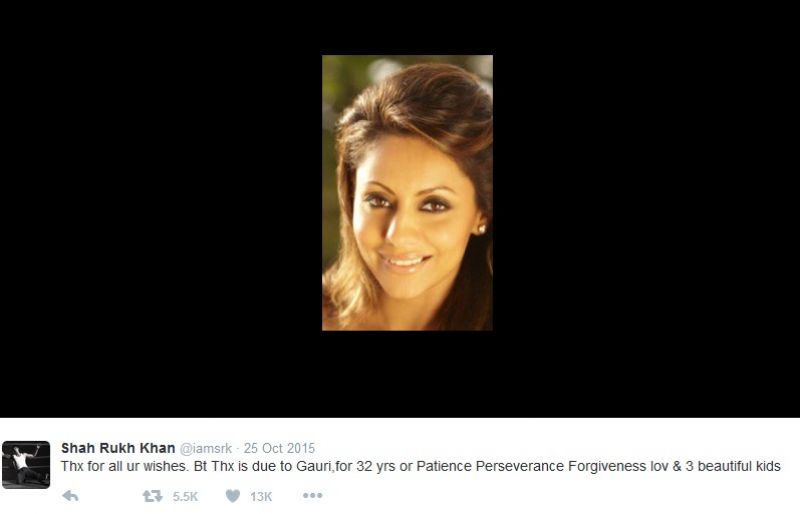