Books   19 Nov 2022  Book Review | The soul of a river, poured into saga of fatherhood and crime
Books 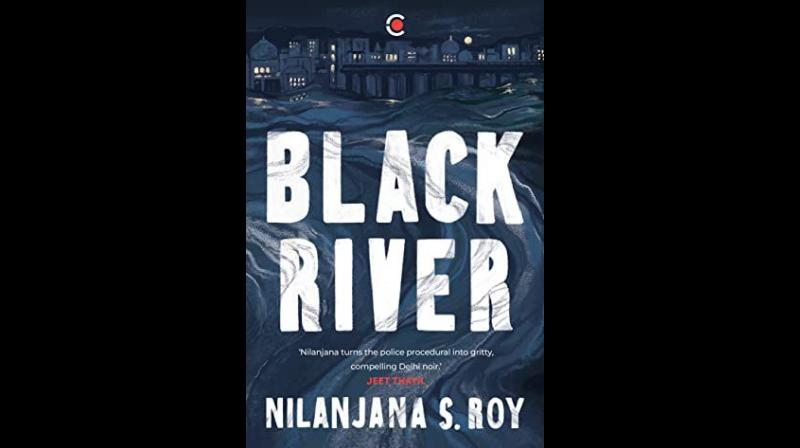 A river runs through the soul of a majority of Indians, and it anchors the lives of at least three of the five main characters in Nilanjana S. Roy’s book. It is also a story of fathers and fatherhood, be it of the enlightened, enthusiastic, daughter-loving type such as farmer Chand, or the reluctant ones like the policeman Ombir, the not-merely-honorary like Chand’s friend Rabia or the pragmatic kind like the leader of the butchers, Badshah Miyan. The poet Jeet Thayil describes the novel as a “police procedural turn(ed) into a gritty... Delhi noir”. The titular river is Kalindi, another name for the Yamuna.

The story opens with the hanging of an eight-year-old girl in Teetarpur, ensconced in the Aravallis and at a two-hour’s drive from the capital, in a crime that this region is so infamous for that it has the effect of almost jumping out of the pages of a newspaper. The father is thrown into grief and a harrowing quest for justice, and closure, and it is to the credit of the author, that as the pages turn, the story gets grimmer and grimmer. One did not expect it to have been made possible.

The light gets in through the vehicle of a language that is living, breathing and lambent, and the writer’s small observations: The father buys the eight-year-old ice-cream and the child artlessly nods yes to a second helping no sooner than he offers it to her. But when she offers it back, “he takes small bites” in order to let her have the maximum portion. Badshah the butcher, whose speech alternates between extremely polite requests and wildly impolite curses that keeps his listeners on their toes, also gives advice to his brethren, sparingly and “in a manner calculated to suggest that the others are under no obligation to follow his propositions”. He is respected in his circles.

It shan’t be a spoiler to share the detail that within the first 50 pages of the book one might correctly guess the name of the murderer, its share of red herrings and macguffins notwithstanding. But with respect to this story, the murder mystery is less a genre and more a plot device. The idea is to give to the reader an authentic (unpretentious and unpatronising!) picture of this side of the cow belt with its real, on-ground changes and related, inevitable angsts: for instance, rightist libertarians (aka the liberals) may be surprised, nay dismayed, but Chand has knowledge of mid-level spoken English. He resents his wife’s ghunghat and her harmless bigotries, too, while for Ombir’s assistant Bhim Sain that girl children are no longer unwelcome to families is a casually accepted fact. The characters are archetypes rather than stereotypes, closely observed and well-etched and the tone of the narration changes with the nature of the protagonist’s voice; Ombir’s is staccato, Rabia’s sensitive, and even though it is his Bengali friend, Khaled, who is more riparian, it is son-of-the-soil Chand, with his mystery and unassuming charm, who becomes the voice of the Yamuna. The thrillerish pace is tight and lets one read the 350 pages in one go except that the prose is immersive enough for one to want to savour.

A quibble, Khaled’s hymn-like Sanskrit verse on the Yamuna to portray Bengali syncreticism as opposed to the rising intolerance in this part of the country nevertheless seems like a research input rather than inspirational, perhaps a Bengali folk tune (not baul but Bhatiali?) mentioning the Murari might have been more apt. Another, the phrase, “cracks outside the gate”, where those who don’t live by the rules of a world where increasingly gates are being built to keep one community away from the other hope to reside, doesn’t quite work out in terms of conjuring an exact image.

When I was a youngster, I cried at the drop of a hat when taken to the movies. Even when it came to literature, I found the empathetic social realism of Sarat Chandra Chatterjee as well as comments of the more biting yet fatalist kind by his successors like Ramapada Chowdhury and Shyamal Gangopadhyay deeply discomforting to the point of being unbearable. That has since changed. My youthful moralism that stopped me from enjoying plurality and nuance has since been rendered redundant by life changes. Besides, only when one is touched by irreversible tragedy does one develop a feel for it and, dare I say it, a taste.

Nilanjana Roy’s success lies in the fact that it is actually comforting to read her work not just for the clarity but also the beauty it brings to the heart of the reader.

It has been my own observation that the more articulate and culturally advanced American Left has picked up the baton where the Russian and Chinese relinquished it in their quest to reinvent their respective models of socialism through the strengthening of their nationalist cores. So, from Orange Is the New Black to Dahmer and The Good Nurse, capitalism is now the new villain and the corporate-industrial complex the root of all evil. And in a feudal society such as India’s, it is land and real estate which equally serves as capital.

Suffice it to say that, for the Indian reader, Nilanjana just brought social realism back in fashion within the ambit of English literature.